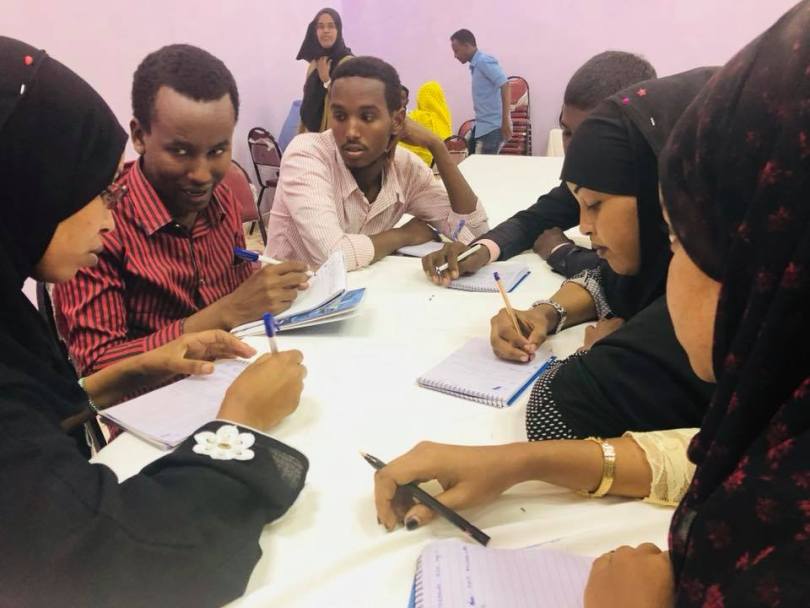 Garowe, December 10, 2018: A three days training workshop for 30 (thirty) journalists in the Radio, TV and electronic media organized by the Media Association of Puntland (MAP), supported by the National Endowment  for Democracy (NED), concluded on, 06-Dec-2018 held at the New-Rays Hotel in Garowe.

This workshop facilitated by the Hargiesa based Media Ink is  part of a number of training(s) sessions aimed at developing the skills of media practitioners on the Election reporting ahead of the January 8, 2019 Puntland presidential elections.

In his opening remarks the MAP chair noted ”Journalists are the vital persons in the election process for the reason that they are the ones that the Somalis relies on during the pre-election, election and post-election because they keep the society abreast on current information. with that, journalists should maintain high ethical standard when performing their obligations and must take their job seriously, said MAP chair! 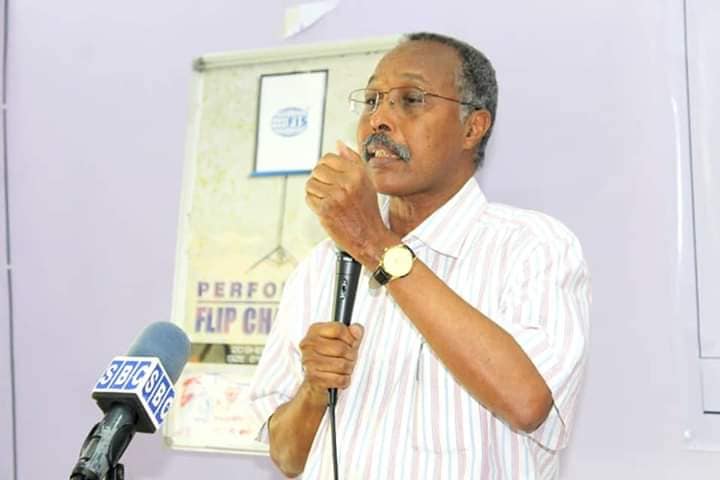 Puntland’s Minster of information Abdi Hersi Ali Qarjab, who officiated the opening and closure of the workshop  applauded the local media in providing coverage of issues and events of the citizen’s interest that he is looking forward to eeing journalists subsist up to anticipation by sensitizing the public.

At the workshop, participants were repeatedly urged to maintain high professional integrity, especially during this period of elections. They were also urged to report accurately on election issues as they are very sensitive. The workshop also collected feedback from participants on challenges they face when performing their duties, with majority of the challenges shared among-st the participants being the problems they face when they engage security agencies to cover news at locations or events guarded by armed soldiers. 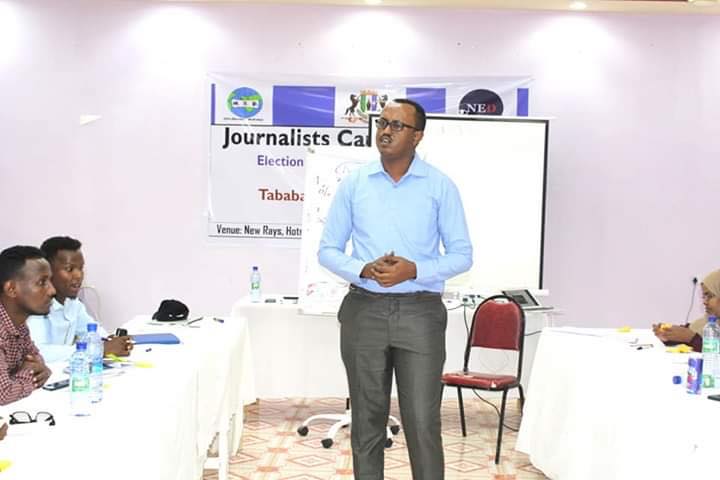 MAP chair Mohamed Dahir Warsame at the closing of the three-day training took the opportunity to re-assure the Puntland Journalists that their organisation will continue its solid existence and efforts in combating against all crimes against media practitioners and demand the rights of Journalists without fear. The chair also notified any journalists who goes outside the Journalism ethical standards when performing their duties including if media houses and individual journalists take sides by supporting specific Politicians running for office, will face tough consequences to the extent of losing the MAP’s membership and all the benefits the association’s members receive – varying from legal defense-to-capacity building opportunities.

MAP will continue to do its level best in ensuring that journalists are well prepared in capacity through such trainings, adding, journalists should be impudent and to know that there are challenges in the job which need to be overcome to ensure their contribution towards the nation’s development, Said Mohamed Dahir Warsame

MAP has in the past weeks used public service announcements (PSA-s) aired across the local media, calling for Puntland Presidential aspirants and the state’s authorities to respect the media independence and be ethical when approaching the media. To strengthen the PSA messages on fair election coverage the MAP released a video-statement featuring the association’s chair in which all actors involved in the Puntland elections to  presidential candidates and media practitioners were reminded on the maintenance in ethics and promotion of peace when engaging each other. 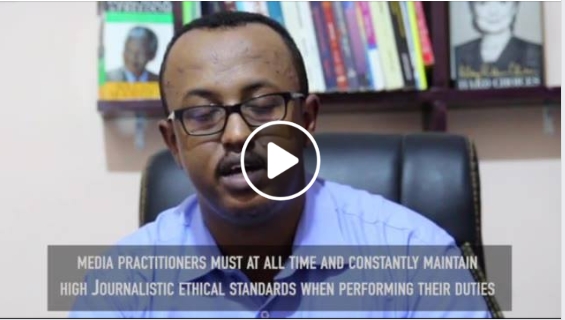 Watch the MAP chair through the below link: MAP’s Video Statement on Puntland Election

Importantly, the video statement announced the ”Puntland presidential debate event” that MAP will be organizing in which Presidential candidates will be invited and questioned on their plans in special areas of public concern such as such as security (Incl the fight against terrorism and coexistence with neighboring states), human rights (including freedom of expression and media independence), Judicial independence, Droughts and infrastructure. 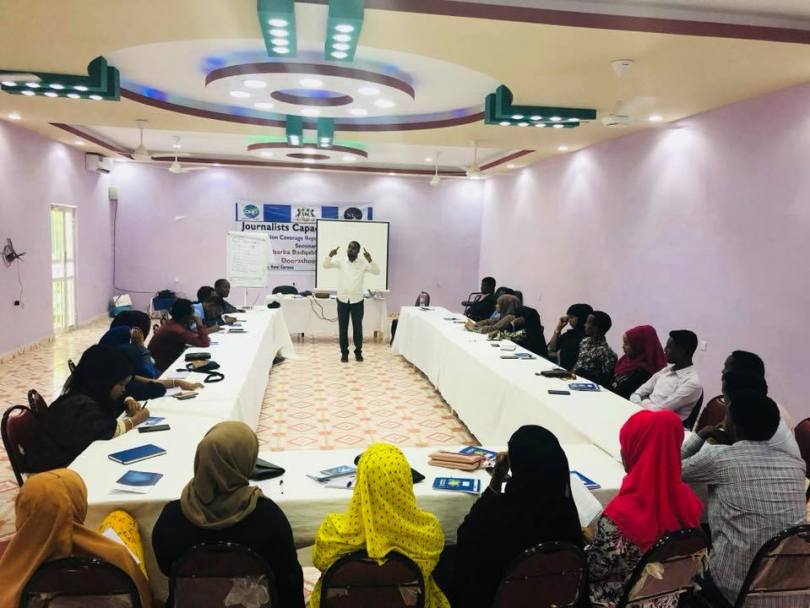 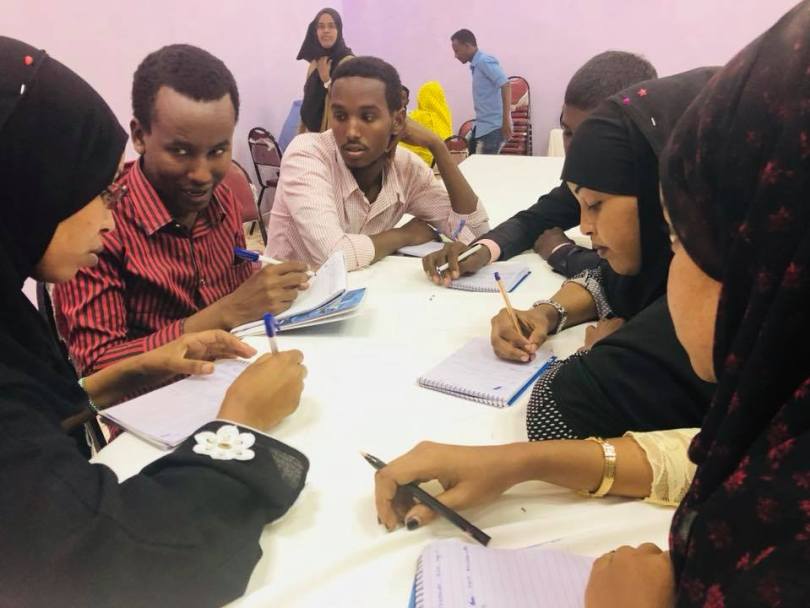 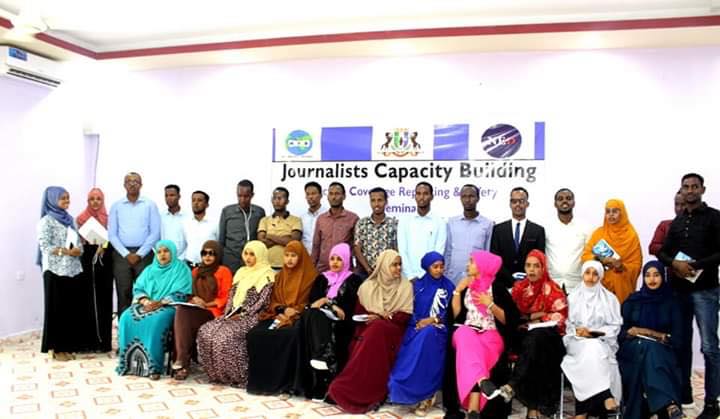 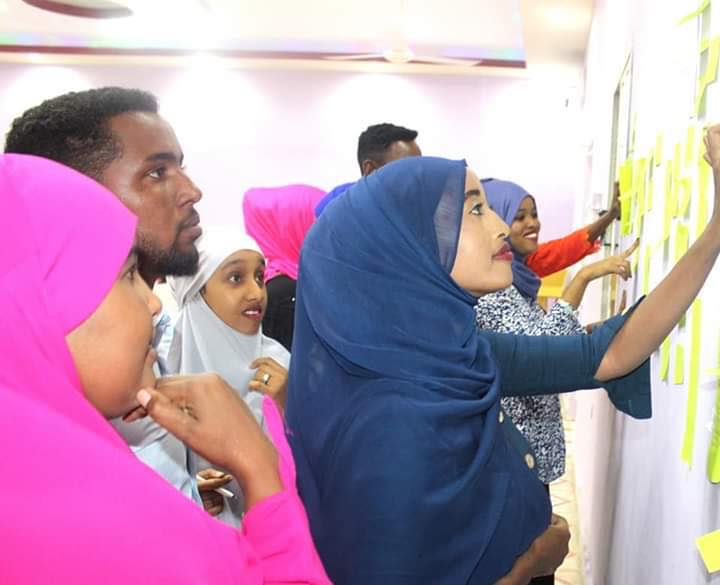 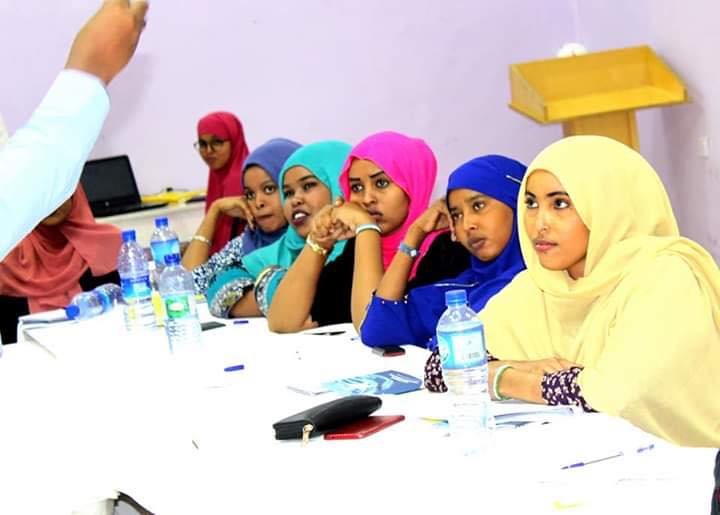