Garowe, August 16, 2018: The Media Association of Puntland (MAP) successfully concluded a three day Induction meeting that was held on the 11-13 August 2018. The training was held at the SAME Hotel in Garowe and was attended by the MAP board of directors and staff.

The purpose of the training was to develop a well-organized board induction process that strongly influences the board member’s experience and give a discursive insight of the organization’s history and bylaws; the work it seeks to do; the roles of the board, staff, and volunteers; its policies; and its strategic and operational plans through the year 2020.

The MAP chair Mohamed Dahir Warsame who first took the stage, welcomed the assembled board members, staff and the invited guests. Dahir gave a brief on the election of the new board under his chairmanship, and explained the objective of the induction and agenda for the training.

In his own words the chair said ”A well-organized board induction process can strongly influence a new board member’s experience, increases the production outputs  of the association’s mission, this induction meeting will thus be both orientation of board members and on the other side will go through series of briefings including  the distinct relations between the Board and the staff, the first two-days will be in form of a training on how healthy non-profits are run whereas the third-day will  go through actual MAP by-law, policies and the strategic plan’’

The MAP chair’s remarks was then followed by the PUNSAA’s chair Faysal Ahmed, who noted the MAP’s contribution to the Puntland society as vital, He urged the MAP board to put a high priority in preparing the Puntland Media in the upcoming Puntland Presidential election.

The inaugural session also saw remarks of praise to MAP on promoting gender in and through the media, a strong message urging MAP to continue it’s efforts in standing up for female journalists equal rights and amplifying women voices in the Media came from the the Puntland Deputy Minister of Civil Aviation and Airports Hon. Suad Salah Nur. The Minister vehemently voiced to the need of overcoming the challenges faced by women both at the work-place and in general at the professional sectors across Puntland.

Hon. Suad in her remarks said ”I would like to thank MAP for their tireless efforts in speaking out against discrimination faced by women in the workplace, through the Puntland media gender study MAP carried out last year, i hope to MAP continues to advocate for better working condition of women. Adding, I suggest through this induction training a priority to be given on how best the media should get prepared on giving a voice to women in Politics as we are heading to the campaigns and election for the Puntland Presidential elections.

The final speech at the inaugural session was given by the chief guest of Honor – Hon. Abdulfataah Nur Ashkir, Puntland State Minister of information, communication, culture and heritage. Ashkir’s speech also touched on gender promotion and a note that called for MAP to take action on the unethical behaviors on Journalists’ performance in the Social Media. The Minister stressed that Journalists have often posted in thier social media pages news that has caused harm to the society and atimes has ruined reputation of innocent people, yet their posts were baseless.

Ashkir said ”While i laud MAP’s constant performance in developing the Puntland Media, and moreso the recent push of gender promotion in the Puntland Media, i would also like to see MAP take efforts in tackling the emerging unethical behaviours through the posts published in individual Journalists’ pages” , adding we call MAP to come with a strategy that stops such acts”

Following the openning remarks the stage was handed to the Facilator – Said Diraac. Through lectures and presentations that were delivered on the first two-day, participants  were taken through modules the covered best practices on organizational behavior and the board of director’s roles including the distinct relationship with career staff in a non-profit organization.

The trainer, Dr. Diraac voiced that the course was tailored to suit institutional professional development, while the cooperation among the training participants has ensured a balance of skills and experiences being shared.

The MAP projects manager, Ibrahim A Mohamed who took the board through the ongoing project activities including the achievements and challenges in the implementation of the project. The Board members actively participated in the Q&As sessions in which they thoroughly asked questions on each and every Projects components, their objectives and anticipated impacts.

The training allowed participants to absorb information about Association’s history and bylaws, it thematic areas of operation a strategic plans through the year 2020. A thoroughly contributed action plan has been discussed and a draft is underway that will feature activities, advocacy plans and fundraising for vital ideas that seek support such as the formation of the Puntland Female Journalist network and a female voice radio/tv station.

The induction meeting and training is implemented under the National Endowment for Democracy (NED) supported project of ‘’promoting media sustainability of Puntland’’ that runs for 1-year from July 2018.

Photos of the Induction and training meeting 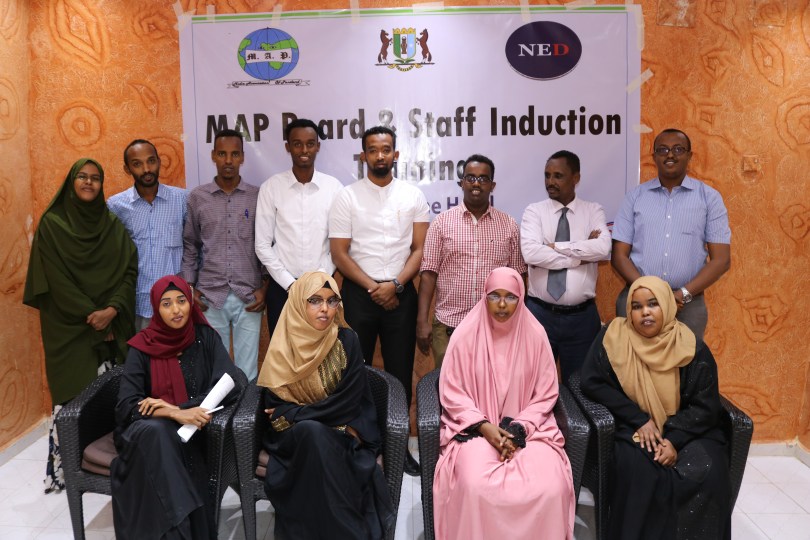 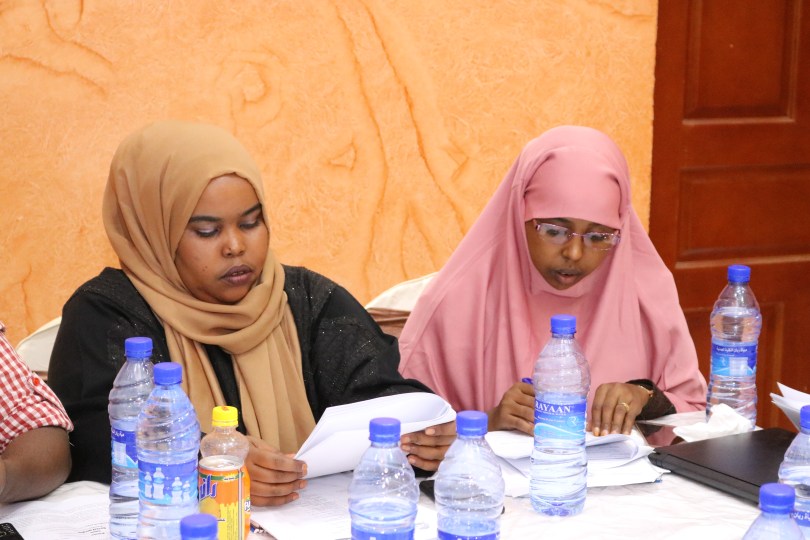