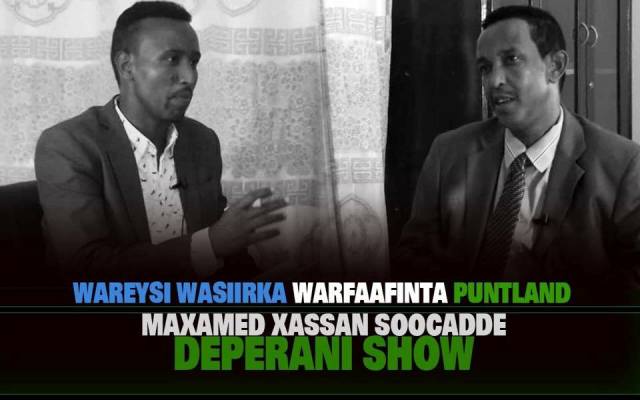 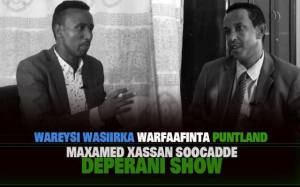 Garowe, Puntland, Somalia 11th.11.2015: The office of Puntland ministry of information in a letter dated 10th November 2015 ref_W/W/I/H/DH/260/2015 instructing Jama deperani, a correspondent for London-based Somali Channel TV to halt his journalistic activity which means to stop ‘’deperani Show’’. MAP strongly condemns the act that enshrines a true suppression on freedom of expression, media rights and all fundamental human rights.

Deperani-show is hard talk television programme, consisting of in-depth half-hour one-on-one interviews. The show broadcasts 3-times in month on Fridays on Somali channel TV launched in 22nd August 2015, much of its nationwide fame is due to its nationwide reach via Somalia channel television. Until early 2015, the host Jama deperani, who’s famous, and sometimes controversial, style of tough questioning, brought a huge national audience to the show. Latest of series is the one-on-one interview with the Puntland Ministry of information tackling key issues on government’s accountability and transparency. https://www.youtube.com/watch?v=o6CRIJt5ypc&list=PLm5PBmaE4qh8pkE1-c5jBLkdoioIEDse2

“These dismissals send out a dangerous message to other journalists, who might now be cautious about criticizing the government for fear that they will face reprisal, themselves. The suspension of the deperani show could give way to self censorship by other journalists” adding, it is the responsibility of the press to publish information which is in the public interest and to scrutinize the operation of the state. We must not allow censorship to stop the truth emerging or repress ideas said Faisal khaliif MAP’s chairperson.

Puntland media once again emphasizes its commitment to democratic values and professional journalistic ethics, primarily ensuring impartiality and balance in Puntland media publications. Imposing restrictions to fundamental human rights must not be tolerated. MAP stands together with those who stand up to protect these rights.

Earlier on 21st May 2015, Media Association of president of Puntland has ordered arrest warrant of Jama Deperani, London-based Somali Channel journalist of making posts that President Abdiweli Gas’s administration on his Face-book page.

Hence-forth, the Media Association of Puntland calls for the Puntland government to shrink-back its decision on expelling the Jama deperani and the deperani show and to uphold the freedom of expression and media freedom. 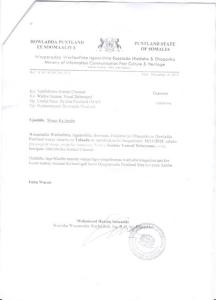