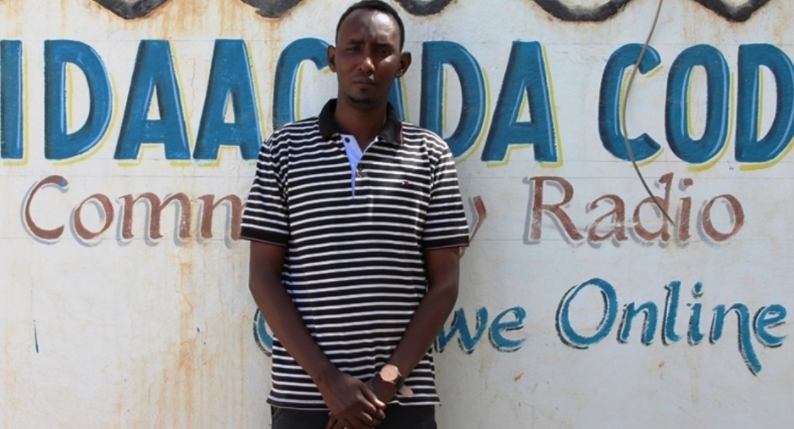 MAP condemns Presidential Escorts’ violence against journalist Khalif Geele in Garowe and reiterates call on authorities to stop persecuting members of media and immediately bring those behind the latest vicious assault against radio Garowe’s Journalist be brought to justice, punished and even dismissed from duty.

Garowe March 2, 2018: The Media Association of Puntland (MAP)has condemned the assault on a journalist in Garowe on 25 Feb 2018 and has demanded action against the offenders. Journalist Khalif Gelle belonging to radio Garowe was assaulted by the Puntland president’s guard en-route to cover a graduation event at the Bosaso University in Garowe.

The scuffle took place at the Garowe’s ‘’Jidka Sodonka’’ not far from the main entrance of the Bosaso University after when Khalif was stopped by President’s Security’s guard and was denied accessing the graduation ceremony. Even when Khalif explained to the security guards that he was a journalist and was on duty to cover the graduation, unfortunately, he wasn’t allowed to pursue his duty and was forcefully pushed back, punched him repeatedly, before even kicking him on the face after he was knocked to the floor.

The encounter left him with a bloody nose, a severe injury to his right eye, nausea, and dizziness. MAP expresses outrage over the repeated violence against journalists in Puntland which is a perfect specimen of repeated violations of the Constitution.

The MAP secretary General Mrs. Nasra Abdirizak who was extremely disturbed by the vicious act of violence against the Journalist said _“I call on the authorities to promptly investigate this incident,” Nasra said. “These kinds of disturbing and excruciating actions by Puntland President’s escorts toward members of the media are unacceptable. Security authorities should facilitate the work of journalists, not obstruct their activities and intimidate them.”_

“Such uninformed acts of violence against journalists are wholly deplorable, particularly when they are often covered by impunity. We ask that the elements of the presidential guard involved held accountable and punished,”said Radio Garowe’s director Ahmed Awil who visited the MAP office on March 1, 2018, to report on the health and the general status of the victim.

MAP is concerned on the continued Government’s top officials, security escorts including the Puntland President’s guards disrespect towards the Journalists’ and journalism practice in Puntland, also seen as a continued denial of the citizen’s constitutional rights on freedom of expression and other fundamental civil rights.

The Media Association of Puntland will take the matter to the Puntland Presidential office over the upcoming weekend and demand culprits be brought to justice instantly, and if no action is taken MAP is set to take the issue to the Puntland High-court promptly if the President’s office displays no respond on MAP’s demands.