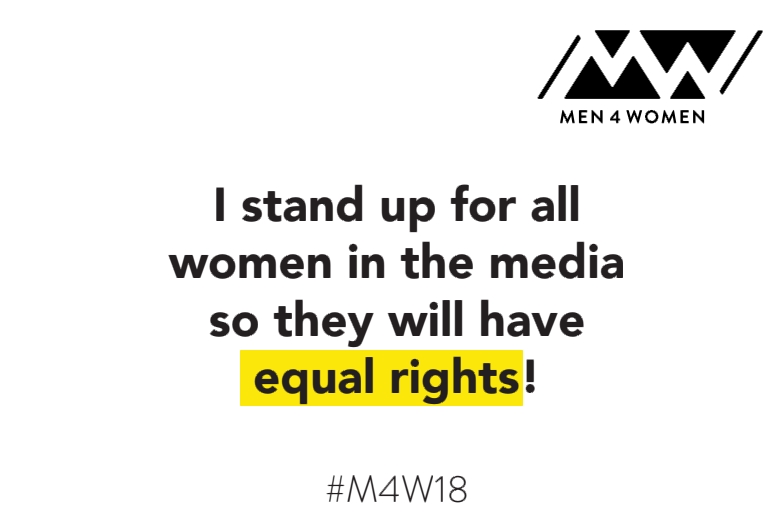 Garowe, Puntland, March 10th, 2018: The Media Association of Puntland (MAP) has marked the International Women’s Day (IWD) 2018. In the lead-up to International Women’s Day, a round-table meeting held at the Target View on the March 7th, 2018 and the Men for Women marching that was held in the Garowe streets on the March 8th, 2018 helped MAP mark the globally marked day.

The round-table invited key influential figures and members from the Puntland Ministry of Labor, the Ministry of Women affairs, Civil Society groups, Head of the Puntland Women Lawyers Association, activists, and MAP members.

The overall aim of the round-table was to raise awareness on the gender gaps in the Puntland media and seek support for the improvement of female journalists in the Puntland Media, through series of presentations captured from the results of the MAP implemented Gender study which was done in 2017. The study titled ‘’Assessing gender landscape in the Puntland Media’’ was carried out from March – June 2017 with a project grant provided to MAP by Free Press Unlimited (FPU).

The study, with the guidance of the UNESCO’s Gender-Sensitive Indicators for Media (GSIM), examined the following key areas

116 participants, 9 media houses and 3-female journalists network drawn from the Mudug, Nugaal, and Bari regions of the Puntland State of Somalia were sampled for the gender study.

On presenting the graphic results of the gender in the Puntland media,  moderator, Burhan Ahmed Dahir took through the participants on the key critical areas observed during and after the survey.

Results showed that the three examined female journalists’ networks based in Garowe, Galkaio and Bosaso lack capacity to run their organisations. All three at the time of the study had the following similarities;

During the study, it was also established that gender inequalities are caused by the nature of employment for most of the individuals working within the Somalia. The study participants, for example, noted that by operating without a permanent contract, one was easily susceptible to termination of his/her contract if one dares to question management.

Honorable Deputy Minister Mrs. Faizo Ali Mohamed after the study results presentations said ”We are extremely impressed by the efforts of MAP in doing such a vital study that exposes the gender inequalities at all levels in the Puntland media sector am privileged to participate in this eye-opening meeting, she added, However, I call on them to immediately halt their heartless behaviors and give their employees, equal rights both on opportunities as well as on salaries including benefits of maternal paid leaves’’

The MAP chair explaining the association’s role and plan to counter the reported huge gap unfavouring women in and throught the media said ”MAP is committed to improving the status of the female journalists in the Puntland media, the study calls for an immediate action and this must happen, we cannot just sit behind our desks and say a miracle will come to do the changes, it is up to us MEN to either take the right track and accept our sisters as legitimate partners or continue the unsuccessful behaviors of mistreatment directed towards our mothers and sisters,

Mohamed added, MAP will counter the gender gaps seen in our media outlets at two levels; 1- by introducing statewide Puntland media gender policy that is tailored for media outlets; and 2- by empowering the regional female networks and at the short-long-term we will establish a Puntland Female journalist organisation that will help MAP in empowering female journalists and defending their rights in the Puntland Media sector.

Deputy Minister while thanking the Puntland Media Association and the supporting organization (FPU) that helped MAP to carry out the gender research also called on Puntland Media owners to reform their approach towards women journalists starting from the processes of recruitment towards the working conditions on wages and health leave pays such as maternity leave.

Deputy Minister continued saying ‘’It is totally unjust to recruit our young talented beautiful daughters and misuse them by paying them based on their gender or being a woman, this must stop and we will not tolerate such behaviors either by media outlets or any other employers in Puntland, Deputy Minister added, maternity leave is a right and must be put in place immediately,

On March 8, 2018, the Media Association of Puntland (MAP) organized men for women march, an initiative practised in 14 countries worldwide. In Garowe the administrative capital of Puntland, MAP mobilized initially 70men that rocked the main streets of the city with chants embracing women and a call for equal rights at the workplace, women’s political participation and their economical participation.

Amazingly, in just half an hour, the marchers rose to 100+ after when locals popped up and join the marchers. After a two-hour marching in the streets of Garowe, Marchers then joined the Puntland Ministry of Women Affairs’ organized commemoration that was held at the Puntland State University compound.

On social MAP’s communication and project team joined the Free Press Unlimited (FPU) with the hashtag #M4W18 and took part of the online campaign in commemoration of the international women’s day.

In a twitter the MAP’s projects Manager Ibrahim A. while commenting on the turn out and contributions of how men contributed to MAP led activities said ‘’ #M4W18: Can’t believe how strong the youth came out today @ the @MAP_Puntland organized men 4 women march, especially on their demand for an end to all types of discrimination against all women!! We must not forget the event partners @freepressunltd they deserve a huge credit!!!!