Home » Puntland: Government Should Stop Misleading the Public over the Arrest of the Journalist 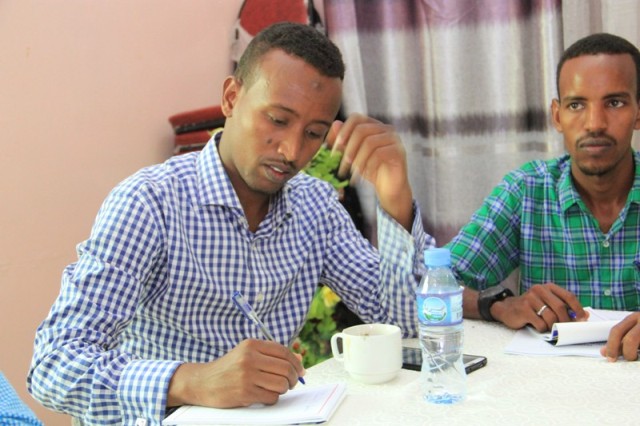 Garowe, Puntland, Somalia 24th Nov 2015: The Media Association of Puntland denounces the comments made by Mohamud Soo’ade the Puntland Minister of information in an interview he gave to the Somalia Broadcasting cooperation in Garowe on the 23rd/11/2015.

The Minister denied to have been behind the arrest of Jama Deperani and could not mention the accusations behind the arrest of Jama, then who is Jama arrested for? The government should stop misleading the Public by denying the steps they have taken, the government tricks to confuse the public over the faults they make is a major setback and undermines the freedom of expression and public knowledge.

‘’If Jama is not arrested by the directives of the ministry of Information then who has instructed the police? I urge the government officials when talking to the media to stop misleading the public and talk commonsense’’, we call for the immediate release of Jama Deperani’’ said MAP chair Faisal Khaliif in a statement.

The Media Association of Puntland effort to #freedeperani continues tirelessly despite the government’s rejection to the calls for the Journalist release. MAP is preparing for the expected court trial 5th December.