Home » MAP appeals to the Puntland Parliament to modify the media Law. 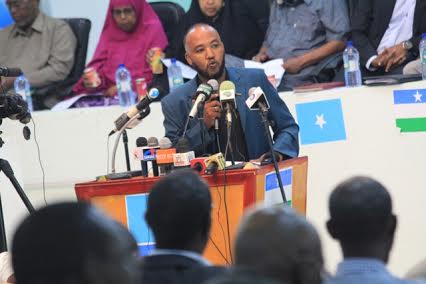 Media Association of Puntland has officially appealed to the Puntland Parliament to revise the media law that was passed by the parliament on July this year.

“We appeal to the Hon Speaker to look in to the passed media law and request him to accept our appeal so that the media in Puntland can work on a safer situation. We ask for you to take a look at the law and explore within the constitution of Puntland.” Faisal Khaliif Bare, speaking at the opening ceremony of 34th session of Puntland parliament.

The media law was passed on the month on July 2014 by the parliament and has raised concerns within the media fraternity in Puntland.