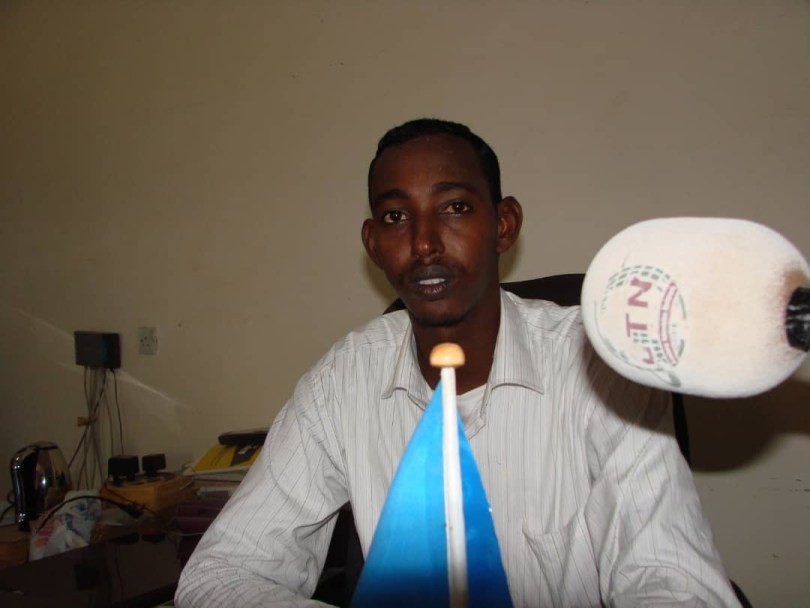 Garowe, October 22: In an unexpected turn-around, Puntland authorities dropped all charges against the former Daljir Radio Director Ahmed Tallman today after admitting to broadcasting an erroneous news story at his former station Radio Daljir alleging that the Puntland Police commissioner Gen. Muhyadin and his security staff for being responsible of an alleged Al-Shabaab prisoner who died as a result of police interrogation.

The release of Ahmed Tallman marked an end to seven-weeks of confusion. It also highlighted the difficulties that MAP faced in it’s advocacy efforts when uninformed publicity seeking local organizations published misleading and baseless information on Ahmed’s situation to the public. More worse when international watch groups fall into the empty nest by citing the same information  for thier reports.

”We are happy to have Journalist Ahmed free, but it is very important to reflect back on the lessons learnt during the past weeks. He added, we will always seek local and international pressure groups to support us in efforts to speak out against violations committed against the  media or journalists but in an informed and objective manner” Said MAP chair

The Media Association of Puntland (MAP) would like to thank the two defense lawyers who have been very important to the process throughout the past weeks. Notably, the Office of the Puntland Human Rights Defender (OPHRD) and Free Press Unlimited (FPU) who provided legal support  for the defendant have truly been important to the case, thank you for the support and we look forward to strengthening our cooperation in the future.