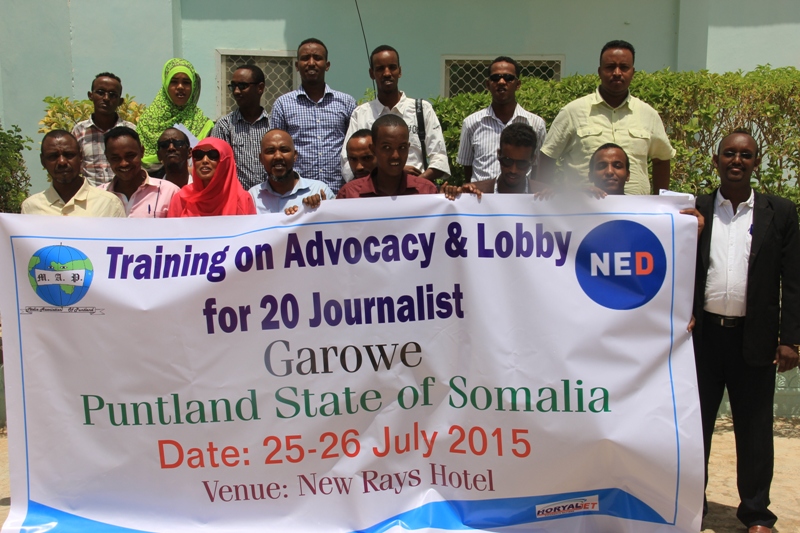 Garowe,Puntland,Somalia26th July 2015:-  The Media Association of Puntland (MAP) has on Sunday 26st July 2015 successfully concluded two-day training on advocacy and lobby which has brought together about 20 local journalists drawn from various media outlets in Puntland at the state capital, Garowe.

The training which is part of a newly launched project funded by National Endowment for Democracy (NED) will focus on key issues including conducting media trainings, media stakeholder meetings, advocacy workshops and a non-fiction writing workshop as part of its effort to improve the capacity of the sector and promote freedom of expression in Puntland.

Speaking at the closing ceremony of the training, chairman of the Media Association of Puntland Faisal Khalif indicated the importance of this training on advocacy and lobby amid MAP’s campaign against governments proposed restrictive draft media law as the law progresses towards enactment.

On the other hand, Khalif thanked National Endowment for Democracy for its commitment on enhancing Puntland media industry.

The media association of Puntland set up a 5 member coalition group who will voluntarily accelerate the advocacy on the media law reform among the participants. This is the first training of its kind on advocacy and lobby to be held for media professionals in Puntland.