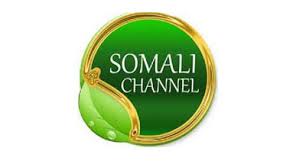 Around 6am on February 8th the security escorts of Somaliland’s Minister of health Dr. Saleeban Isse also known as Xagla-toosiye raided the office of the privately owned broadcaster Somali channel TV in Buuhoodle. According to reports the soldiers shot several bullets at the front door of the station and forcefully broke into the premise, seizing the equipments of the TV station (including laptops and cameras). No casualties were reported.

In a press conference held by Journalists in Buuhodle strongly condemned the attack and called for the Somaliland authorities to immediately bring the perpetrators to justice and be accounted for the damages and loss.

Ali who heads the raided office in the press conference said ‘’the motive of this harsh attack is a retaliation of a news broadcast we aired earlier regarding the resignation of the Minister’s chief of staff. Adding, the Minister called me not to air the issue on resignation of his personal security commander and in exchange offered me a bribe of which I refused, and today we are attacked for simply telling the truth, Added Ali Somali channel director of Buuhoodle district.

This blatant of infringement against free and independent media cannot be tolerated. Precisely where journalists and media houses need to become professional and unbiased in their reporting and coverage of any kind of news in any situation at the same time politicians, government officials and their workers need to understand that media freedom is very necessary for the society and it could not be compromised at any cost.

Faisal Khalif the associations chairman in a statement noted ‘’Free and open societies must ensure that those responsible for attacks against the press are brought to justice, because impunity is an incentive for further attacks, said Faisal. “We call on Somaliland authorities to conduct a thorough and prompt investigation into the attack on Somali channel TV station in buuhodle and to hold those responsible to account, Added MAP’s Chair.

The Media Association of Puntland calls for the Somaliland authorities to take immediate steps and apprehend the perpetrators of this shocking crime, and demonstrate that attacks seeking notoriety and to spread fear will not be tolerated.

Finally MAP recalls for the Somali authorities to take all the necessary measures – through legislation, protection mechanisms, and new adequate resources – to ensure that investigations and trials relating to crimes against journalists are undertaken. Authorities’ failure to address the entrenched impunity in anti-press violence enables attack after attack.