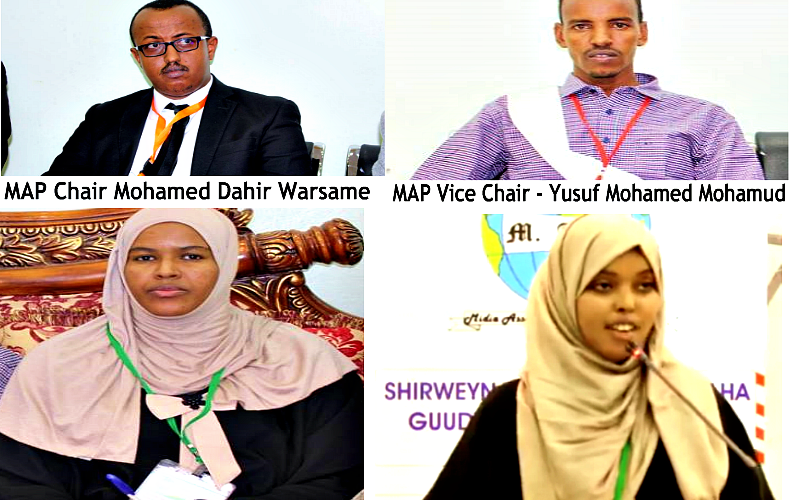 GAROWE, January 9, 2018 – At the MAP’s triennial General Assembly held in Garowe from December 29 to 30, 2017, over 90 MAP delegates drawn from the 9 Puntland regions comprising of Journalists and Media outlets in Puntland achieved a major milestone.

The MAP third General Assembly expenses were supported by the National Endowment for Democracy (NED), the Free Press Unlimited (FPU) and MAP self institutional fund.

Day 1 & 2 of the GA conference saw the revision and approval of the proposal to amend the MAP bylaw; Approval of Human resource, Financial policy & internal control procedures; Approval Ethical and conflict of interest policies, Approval of the External Audit report FY2016/17; and Day 3 was the main event of election, the contested positions whereof Chair, Vice Chair, Secretary General, Meanwhile the Chair-elect nominated Five additional members for the MAP board of directors.

The first-round results came as following; Welkom-22 votes, Aynsane-41 votes, and Abaadir-30 votes.  In the run-off, Aynsane defeated Abaadir by 51-votes against 41-votes to be declared the MAP chair.

The position of Vice-chair had two contestants, Yusuf Mohamed Mohamud and Mukhtar Abdi Jama.  Yusuf claimed the Vice-chair position after garnering 50-votes against the 38-votes for the opponent Mukhtar.

MAP’s Executive Director Nasra Abdirisaq Mohamed was elected unopposed as the MAP’s Secretary general in a move that was unanimously endorsed by the assembled 90 delegates. 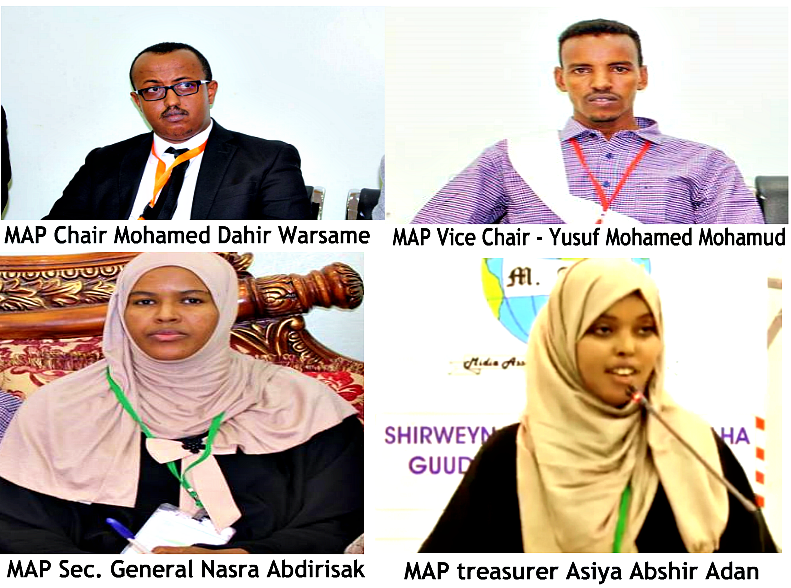 The chair-elect Mr. Mohamed Dahir Warsame ‘’Aynsane’’ who graduated 2008 with a bachelor of mass communication from the International University of Africa in Sudan, he is also an alumnus of the Radio Nederland Training Centre, he studied the RNTC’s Investigative Journalism course held in Nederland in 2015.

In his victory speech, Mr. Mohamed thanked both the delegates who voted for him and those who didn’t. He pledged to keep his campaign promises and be a leader for all.

Mr. Mohamed underlined that his office will seek close working relationship with all Puntland and Somali Journalists, Civil Society groups and authorities in the country in the endeavor to develop the capacity of our journalists and promote safety of Journalists.

He further guaranteed that they would be guided by the standards of superlative commitment and trustworthiness in the performance of their obligations.

The chair later appointed the 5 members of the board who were brought in front of the GA delegated for approval, the appointees were unanimously approved by the delegates. Below are the appointed board members and the departments they will lead;

The peaceful, free and fair elections were warmly welcomed by the members of the civil society, State authorities, and activists who were invited as external observers for the MAP board of director’s elections.

PUNNSA chairman, PDRC officials and Deputy Minister of Information sent congratulation to the new MAP Board of Directors.

‘’I applaud the previous MAP board members for the outstanding achievements they have reached including the organising of this colorful event, I wish the newly MAP board of director’s success in their future endeavors. PUNSAA as always will be available to collaborate with MAP, thank you’’ Said the Puntland Non-State Actors Association (PUNSAA) chair Faisal Ahmed Warsame

‘’We have observed a free and fair practice during the process of today’s election, on behalf of the Puntland government we endorse the results and outcomes of the MAP Board of director’s elections, He added I wish to thank the former MAP board and staff for the work they have done over the years, I congratulate the newly elected team and wish them success in their future tasks, said the Puntland Minister for information, culture and Heritage Abdirizak sheikh.

The official inauguration was held at the Puntland Non-State actor’s association (PUNSAA) office in Garowe, at the presence of officials from PUNSAA, PDRC, Puntland Ministry of information, Members of former MAP board and Members of the newly elected board.

Faisal Khalif, the former chair of MAP gave an overview of MAP’s ongoing projects including their separate bank account status, and the association’s assets inform of equipment’s and office materials including the donated items such as laptops, desktops and projectors.

The newly elected board under the chairmanship of Mohamed Dahir Warsame ‘’Aynsane’’ officially took over the management of the MAP bank accounts and the MAP office.

Laptops and other MAP owned materials held by the former MAP board members was agreed to be handed over to the new board latest on 31st January 2018.

Currently, ongoing projects of MAP are;

Pending activities handed over to the new MAP board are the completion of the Puntland Media council activities.

Pending activities handed over to the new MAP board is the 2day Puntland Media and Security Stakeholders conference;

3. Improving media freedom and safety and media content for public interest in Somalia

The MAP projects team remain effective and will continue their duties as normal and will be relied on supporting the new board while catching up with the ongoing activities.

The Media Association of Puntland (MAP) would like to thank the outgoing board for their commitment and performances during the past years and wishes them a fortune in their future endeavors.

The MAP project team led by Mr. Ibrahim Abdirahman who was the backbone of the achievements reached by MAP over the past years remains committed to continuing  his pivotal role within the association, we wish to thank him for his continued service.

Lastly but not least, the MAP new board and staff would like to thank our partners especially the National Endowment for Democracy (NED), The International Media Support (IMS) and the Free Press Unlimited (FPU) for their continued support to MAP in promoting the Puntland Media Development, Journalist Safety and initiatives aimed at promoting freedom of expression in Puntland and Somalia at large. 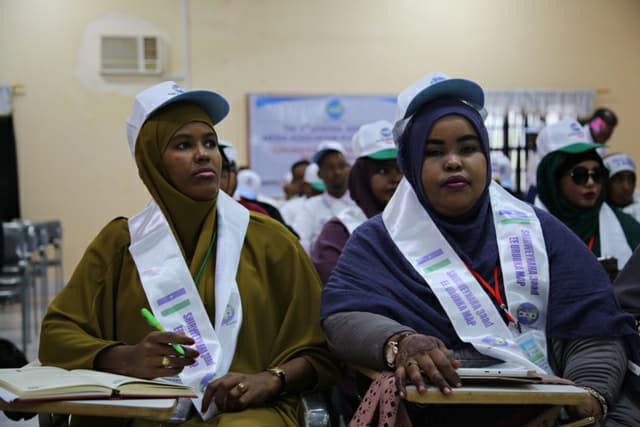 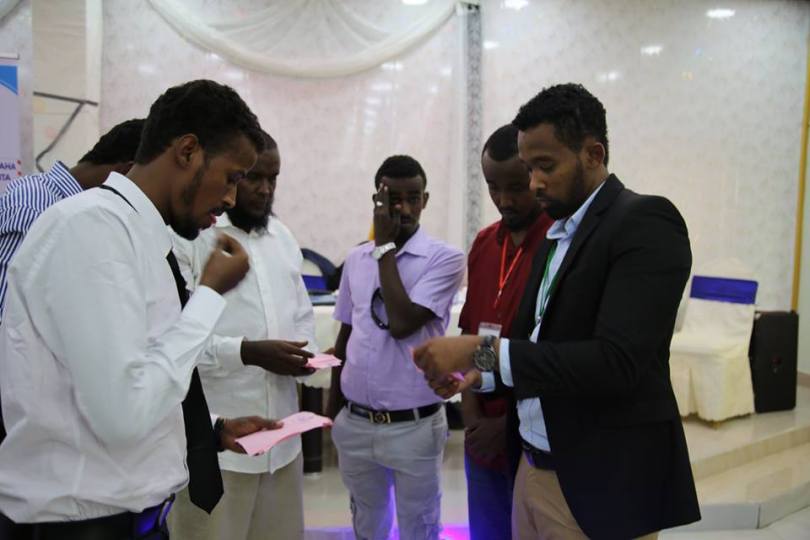 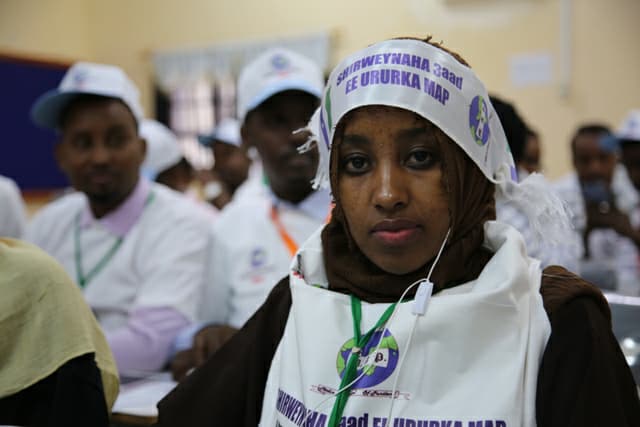 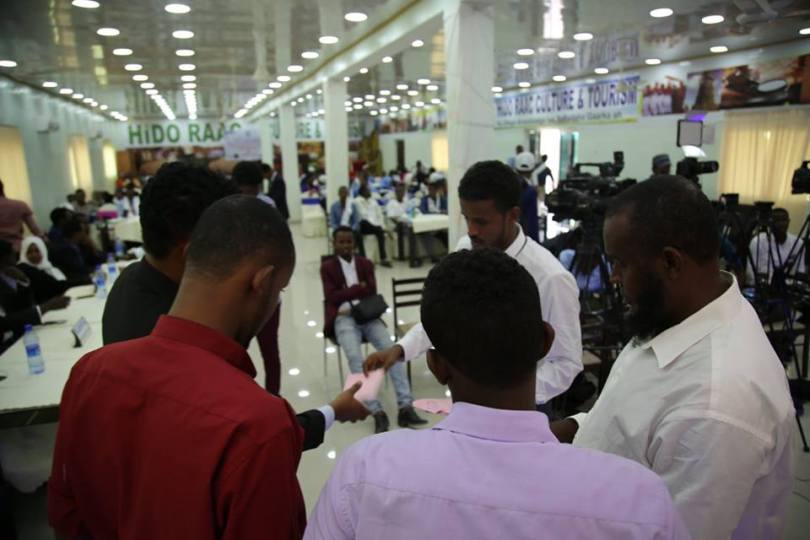 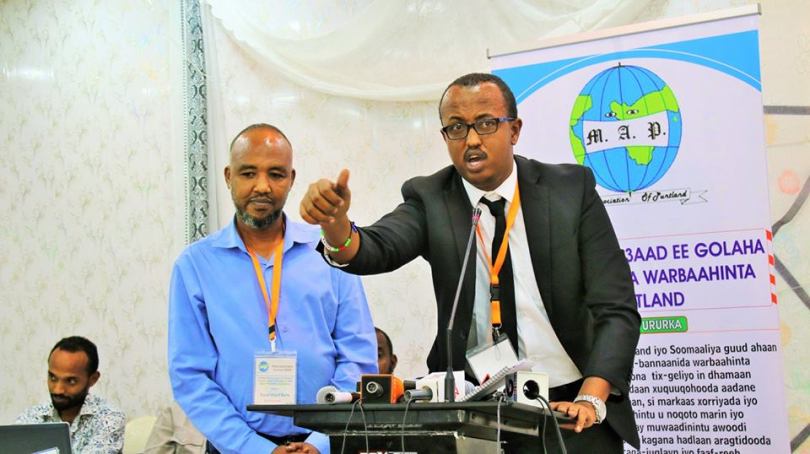 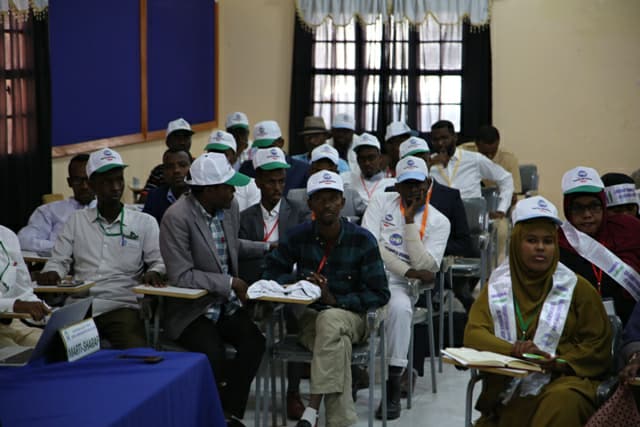 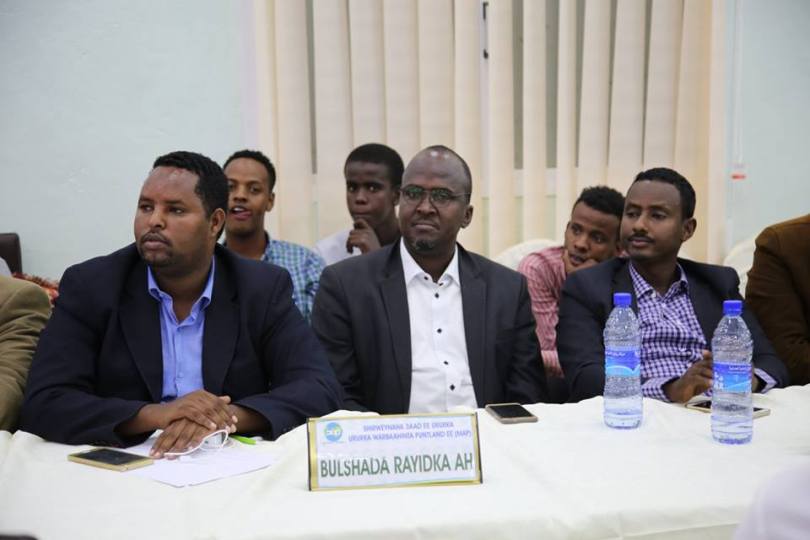 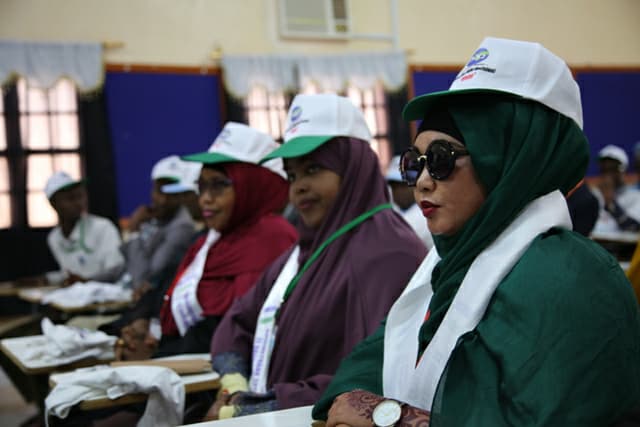 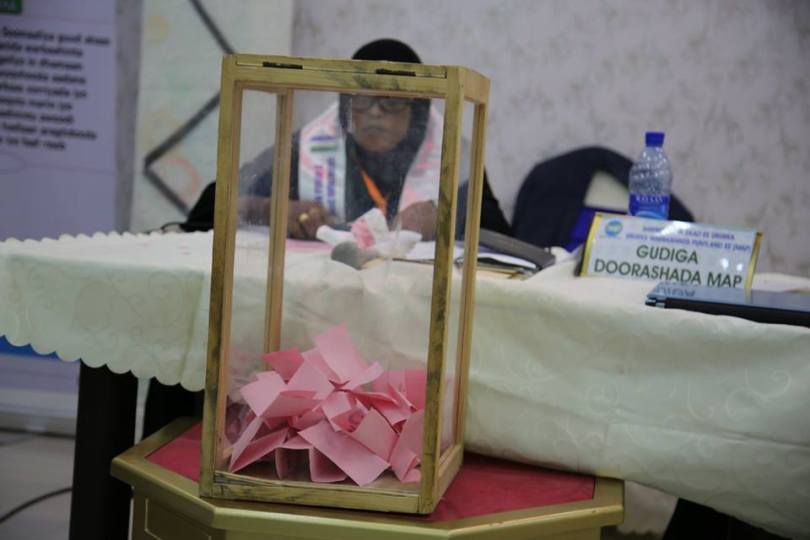 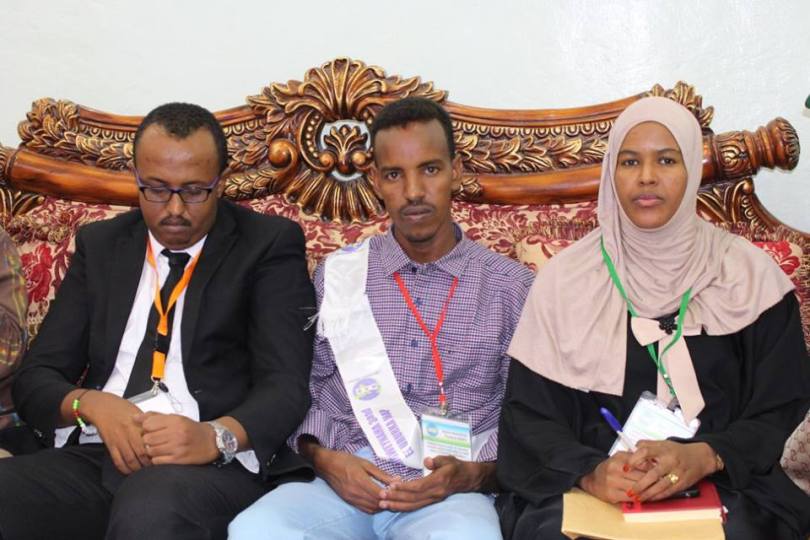