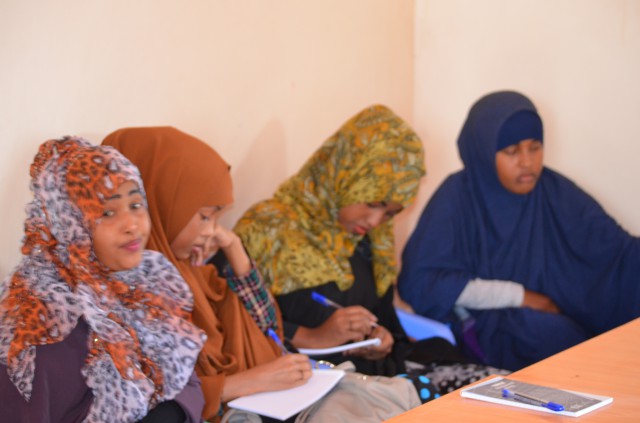 Galkacyo,Puntland,Somalia: 17 June 2015:- Media Association of Puntland (MAP) in collaboration with Relief International have concluded three day workshop on safety of journalists for journalists in the central city of Somalia Mudug region on Wednesday.

The training supported by the European Union, which ran from 15- 17 June was discussed many aspects of safety and introduce 26 journalists to safety of journalists which they can put in practice to minimize the risks they may face in the course of their work.

At the beginning of the training on the first day, expectations from participants were collected and they also shared their experiences, citing possible reasons for the insecurity of journalists in general and women journalists in particular by the organization chairman Faisal Khalif.

Day third also commenced with the recapitulation of the second day. There was presentation and group discussion on the code of conduct for journalists and various examples of non-adherence to the code of conduct resulting in severe risks to journalists were shared referring to domestic and international cases of insecurity to journalists.The training is a part of the Relief International programme which has been developed in recent years, that includes Capacity building, Safety, Freedom Expression, Awareness on role of media in social developments and Peace building.

MAP top leadership later met with Mudug Female Journalists Association, discussing wide range of issues as a part of the organization’s campaign to empower females journalists in Puntland’s Nugal, Mudug and Bari regions. Some of the trained participants including female journalists who shared their experiences of the training thanked Relief for its commitment on developing Puntland media industry, adding that the training had equipped them with enhanced knowledge on professional and personal safety.