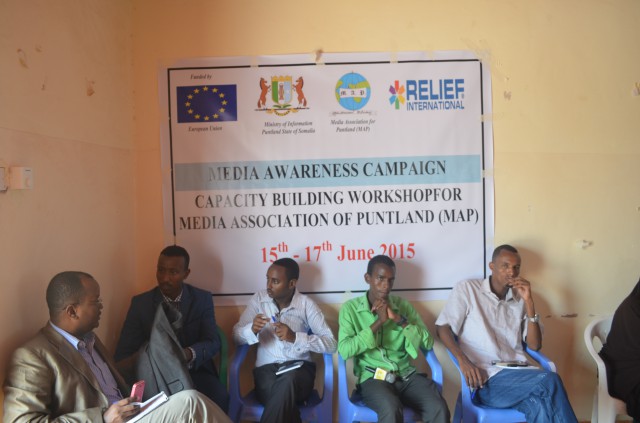 Galkacyo,Puntland,Somalia: 15-06-2015:- Media Association of Puntland (MAP) in partnership with Relief International opened three-days (15-17 June 2014) training on Safety of Journalists and Freedom of Expression in Somalia’s central town of Galkacyo on Monday.

The training supported by European Union attracted about 20 journalists drawn from various media outlets in Galkacyo started with introducation of participants and trainers.In his opening remarks, MAP’s head of training Salim Yussuf stated that this is the first of many trainings on safety and freedom of expression to be held for journalists in Mudug region. “I urge journalists who participated this workshop to make use of it”, adds Yussuf

“I do thank you for attending this important workshop which is intended to address on the hostile and often fatal situations in which our brothers and sisters in the media usually face, empowering Mudug Female Journalists Association is another target for MAP’s Galkacyo visit”, notes Fatima Mohamed, MAP Secretary General

Abdinasir Bedel, Puntland Information Ministry representatives in Galkacyo who officially opened the workshop welcomed MAP delegation to Galkacyo. Khalaf added that this workshop on safety of journalist and freedom of expressions comes at the right time since journalists in Galkacyo face many challenges. 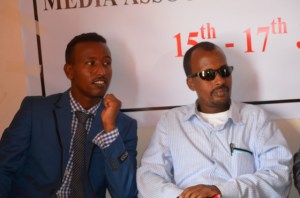 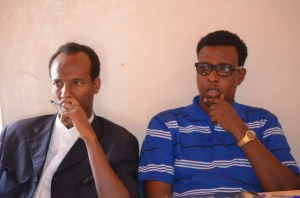 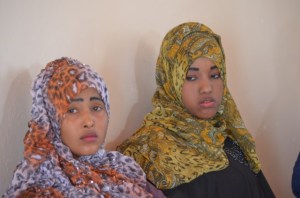 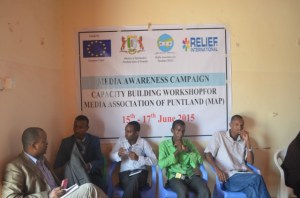