Home » #Puntland: Presidential Aspirants’ Withdrawal from the ”Election debate” is a Denial to Public’s right to Seek information. 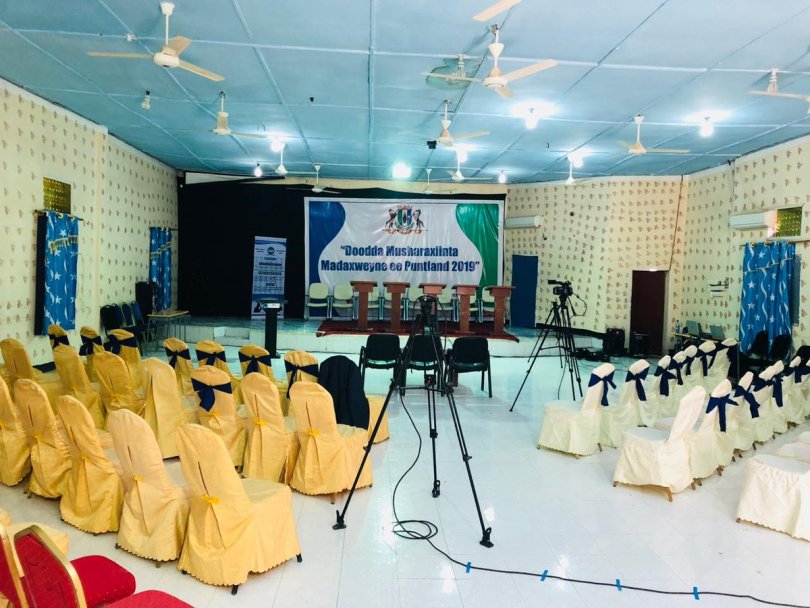 Garowe, Puntland, January 03, 2019: The Media Association of Puntland (MAP) in the past week has been negotiating with the Puntland Presidential aspirants for their participation to attend a public interest event – the ”Presidential election debate” ahead of the general election, under the #MAPTalks platform supported by the Free Press Unlimited (FPU) in collaboration with the Puntland non state actors’ association (PUNSAA) and KAALO.

The debate, was aimed to scrutinize candidate’s manifesto and provide opportunities for candidates to provide criteria by which their presidencies ought to be judged if elected to office. The format of the debate was tailored to seek answers from candidates on their approach on dealing with key topics of Public concern such as Economy, Security (Fighting Terrorism and Securing State’s borders), Rule of law, Judicial independence and Human Rights(Women’s Right & Freedom of Expression) Politics (Federalism & Corruption). 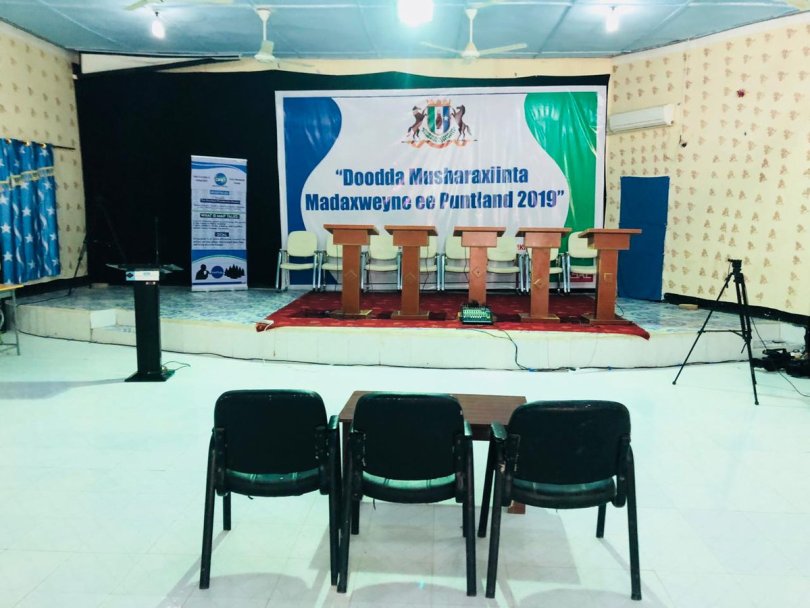 Eight (8) of the candidates running for Puntland Presidential seat 2019 including the incumbent President Abdiweli Mohamed Ali (GAAS) accepted initially MAP’s invitation and pledged to attend the debate that was scheduled for January 01, 2019 to be held at the Puntland State University (PSU). 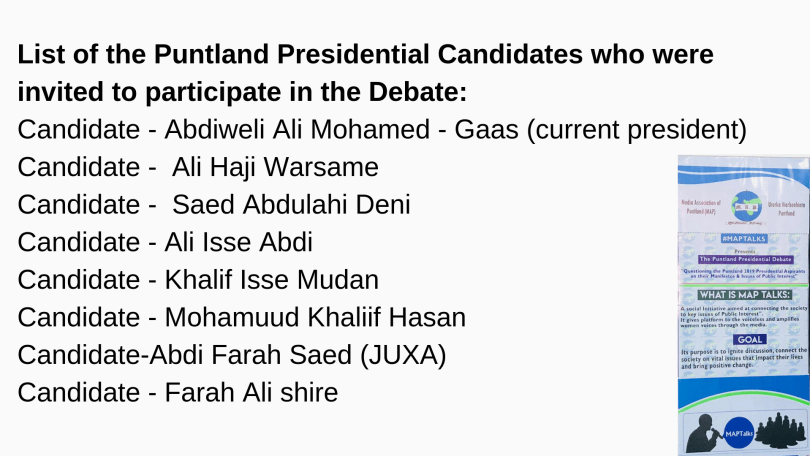 Unfortunately, on the date of the event the only candidate Dr. Ali Isse Abdi fulfilled the pledge and was available to participate in the debate. Seven (7) of candidates whom majority of them who either signed the agreed debate rules or verbally pledged to attend the debate cancelled their participation on grounds of fear to face the public with vague notions like if candidate ”A” is not participating i will not attend the debate. Notably, the current Puntland president was the first to pullout from participation of the debate,  just after 24hrs when he accepted to participate, MAP received a call from the President’s director of communication passing a message that they don’t see how the debate will positively contribute to their campaign.

”Empty promises are the fundamentals of dishonesty, especially when a presidential hopeful fails to face the public scrutiny through the election debate and answer critical subjects of Public concern indicates weaknesses in the candidate’s ability to hold office” – Said MAP chair Mohamed Dahir

Candidate’s refusal to face the nation through the debate sends a worrisome signal, with their ambitious manifestos presented at political rallies across Puntland towns as observed in the past weeks. The public which will not vote due to electoral system constraints have not been given the opportunity to scrutinize the candidates’ proposals and to contribute and raise on key issues affecting their lives.

”Presenting great proposals at campaign rallies ain’t enough alone doesn’t mean that those plans without fact-checks meet the needs of the public, we need to debate constructively and fact check on each plan while giving space for the public to contribute and that was the goal of the debate, it is a missed opportunity” Said MAP chair Mohamed Dahir. 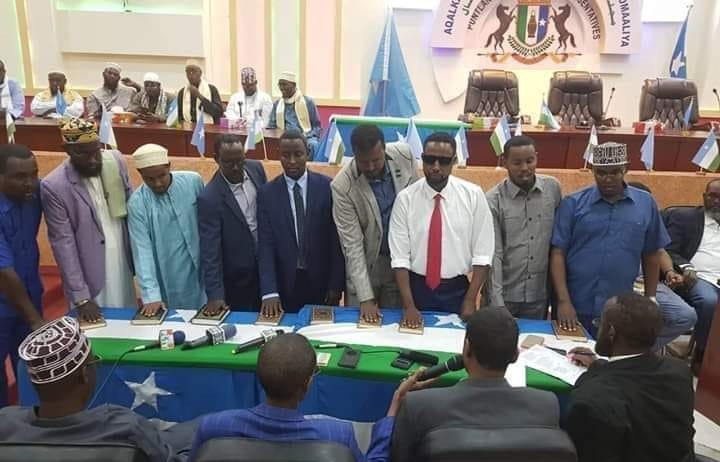 The Puntland 66-members of parliament who were sworn in on the January 2, 2019 with only 1-female member  are the only individuals eligible to elect the next Puntland President on January 8, 2019.