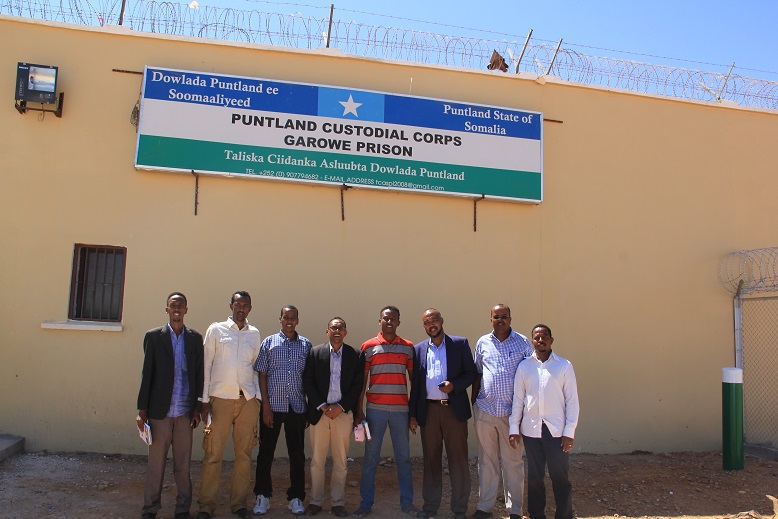 Garowe, Puntland, Somalia, 29 NOV 2015: The Media Association of Puntland welcomes the release of prominent Journalist Jama Yusuf Jama today 29 Nov 2015 after 10-days of detention at Garowe central prison, however MAP strongly condemns the long and unjust period he has endured in prison.

The release comes after strings of campaigns spearheaded by the Media Association Puntland pressuring the authorities on the release of Jama. On 26 November 2015 MAP wrote a letter to the Head of State – Mr. Abdiweli Ali Gaas demanding for the unconditional release and justice for Jama explaining our concerns, the letter was accepted and resulted to a curve of a president’s decree to release Jama.

“We welcome the release of our colleague Jama Yusuf Jama and we join his family, friends and colleagues to celebrate this breathtaking news,” said MAP chair Faisal Khaliif Barre. “But it is a miscarriage of justice that he served any time at all in prison. He committed no crime and his imprisonment was politically motivated and entirely unjustified.”

Jama Deperani famously known for his ”Deperani show” in an interview after his release was quoted: ”I would like to first thank all the persons who put their efforts and showed solidarity towards my release(Many thanks to all of u), Jama added in his comments; My arrest was unlawful, unjustified, a move to silence the free press and freedom of expression ” My release too unlawful because am yet to understand the motive behind my arrest”. added Deperani.

On 19 November 2015 Police summoned Jama to their offices in the administrative capital, Garowe, and arrested him at the districts central police station without disclosing any charges against him, on November 21 2015 Garowe district court verdict prolonged his pre-trail detention to 15-extra days plus transferring him same day from the central police station to the central prison in Garowe the administrative capital of Puntland Earlier Jama presented and produced a critical talk show consisting of interviews with politicians.

Puntland Human rights defender highlighted ”welcomed the release of Jama deperani calling it a relief for the Puntland Media” adding the unlawful arrest of deperani will be accountable to the Puntland judiciary” Yusuf added.

The Media Association of Puntland urges the Puntland administration to halt on crimes against journalist and acts that undermine the media’s existence. MAP calls for the Puntland authorities to uphold the rule of law and promote a safety enabling environment for journalists.

Finally, MAP is grateful to the wide support and solidarity shown both locally and internationally, during the course of campaigns on the release of Jama Yusuf Jama ”Deperani”.