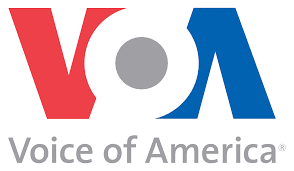 Garowe, Puntland, Somalia 30th Oct 2015: The media Association of Puntland welcomes the government’s shrink back over the ‘’illicit ban’’ on the VOA Somali broadcast activities in Puntland, a decision that MAP condemned seriously and defined the administration’s act as a censorship that is rigid to understand, and casts serious doubt on the government’s desire to respect to the media freedom.

The announcement of the ban-lift came through the Puntland Ministry of information & cultural heritage in the course of an interview with Daljir radio station in Garowe late-afternoon today. The minister in his interview mentioned that ‘’The Government has retreated from its decision from its prevention towards the VOA Somali news activities in Puntland; VOA Somali service are free to resume their services from now onwards. He added ‘’we have been in talks with them (VOA…) and came to a mutual understanding’’ Said Minister Hon. Soo’ade.

In response to the government announcement, MAP chair Mr. Faisal welcomed the decision and notes ‘’I reiterate to the government to respect freedom of expression and that the right of journalists and media to gather and disseminate information and opinions must not be threatened, restricted or be made subject to punishment, adding we also call for the Puntland government to respect the laws and the courts in place and take legal steps rather than taking tyrannical approaches that are impairment to the media rights and freedom of expression’’ added the MAP chair.

Similarly, a pending issue that MAP awaits the Puntland government participation and factual-collaboration on the Puntland media law review process, despite the 19-20/Sept/2015 outcome from the Media stakeholder’s consultative workshop held in Garowe outlining the need for a review on the current media law, confirming that MAP’s concerns in the media law as ‘’ major concerns’’ and thus a review is required with the appointment of technical experts.

MAP wants to thank all the Media interest groups, rights groups and other individuals who have shown their solidarity during the media freedom advocacy process on the issue along with VOA Somali services in Puntland.

———————————————–END———-—————————————-
Media law reform campaign
MEDIA RIGHTS CONCERN IN PUNTLAND: The media association of Puntland on a reminder note would like to keep the international media interest groups to support MAP towards the campaign for the review of Puntland restrictive media law. Off recent 18/10/2015 received a NO-COLLABORATION answer from the Puntland Ministry of Information in a follow-up meeting to accelerate the outcomes of the 19-20/Sept/2015 media stakeholder consultative meeting which suggested for an appointment of an expert committee to make a first review. On the 26th/September/2015 we (MAP) met with the Puntland Ministry of information and started dialogue over the review process.