Bosaso, Puntland, 11th Oct, 2016: The Media Association of Puntland, MAP, has called on news managers in the Puntland state of Somalia to be gender sensitive in reporting women issues. The group made the call during its Gender Sensitive Reporting workshop organized for journalists in the Puntland under the National Endowment for democracy supported project on promoting media sustainability in Puntland from October 9th to 10th, 2016, at the Gacayte Hotel in Bosaso.

In his inaugural remarks MAP chair noted ‘’the inability of some journalists to cover women could be attributed to poor working conditions and lack of capacity to investigate and report gender related stories’’ adding, Gender sensitivity, use of facts and figures, accuracy, fairness and accountability in reporting are signs of professionalism that media practitioners should uphold in order to pursue a career of responsible journalists, said Faisal Khalif barre

Attended by 10-journalists, participants were taken through modules that enhanced their ability to present news and stories from the eyes of women as well as men, with extensive work groups discussions about freedom of expression for all people and how this relates to a strong independent media sector.

MAP encouraged journalists to study newsroom, state laws and policies on gender issues, carry out more investigations or research so that they can report issues from an informed opinion; Others are biased attitude by society towards women that relegates them as a weakling and the media completes the damage by carrying and disseminating such negative information to the public; women themselves, especially female journalists, have done little to narrow the disparity in acquisition of opportunities available, and superiority complex by female journalist and inferiority complex of junior working women has helped men to continue dominating women especially on matters pertaining to equal opportunities available.

MAP chair at his closing remarks said ‘’trained journalists are expected to report firmly and expose violation of women rights without fear or favor and to disseminate accurately and responsibly information that ensures gender sensitivity, adding, thank you for your time and I expect to see more professional gender sensitive news’’ added Faisal

Mohamud Warsame Fuube – Bari regional director closing remarks thanked MAP chair for his tireless efforts in taking a significant role he holds in developing the Puntland media sector – while urging the assembled journalists to practice the knowledge they have received in this training the director said;

”it is important that the knowledge is share amongst your newsroom colleagues as well as, in your day-to-day practice, thank you all and wish you all the best” said Mr. Fuube.

At the end of the workshop, the participants identified that lack of knowledge, consciousness and interest of gender sensitivity by chief editors at media houses; biased approach and stereotyping of what women’s roles should permanently be like using women in advertising and portraying women as gender objects; lack of knowledge and skills by journalists to make a clear distinction on what should be considered a gender sensitive matter, and thoughtful negative reporting by the media on women and their activities are some of the factors affecting effective gender sensitive reporting.

The gender sensitive reporting is among the activities part of the MAP implemented project on promoting media sustainability in Puntland supported by the National Endowment for Democracy (NED). 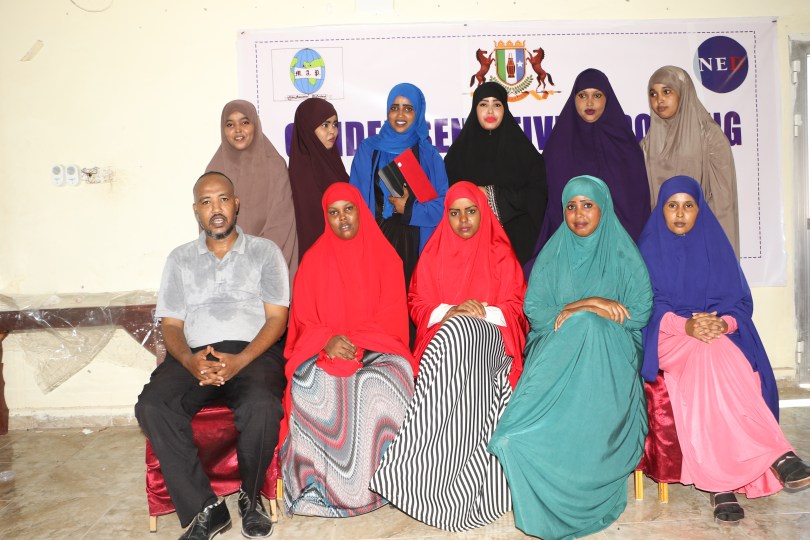 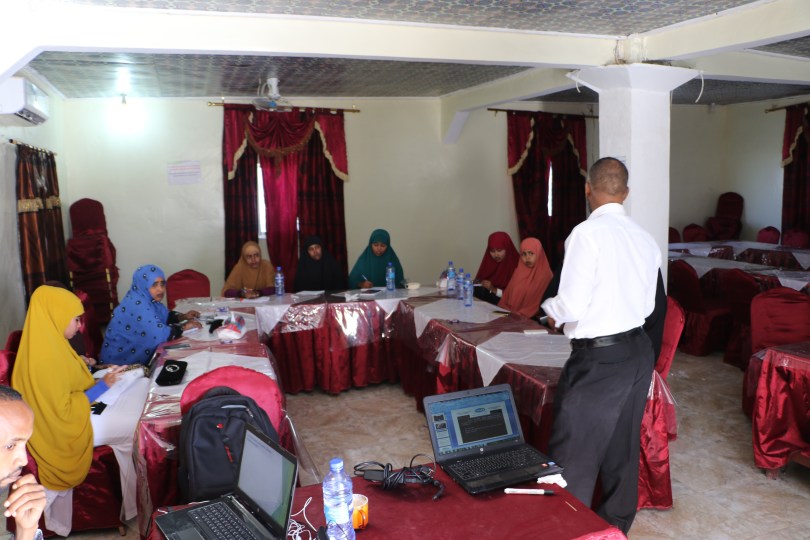 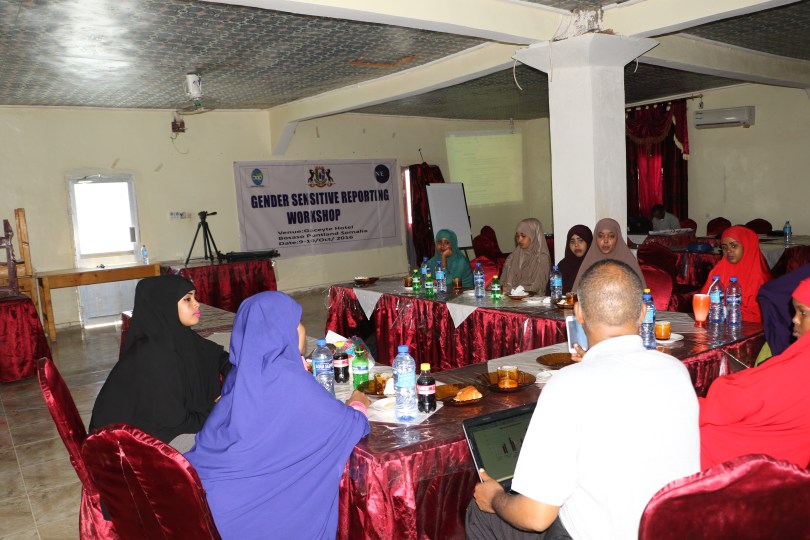 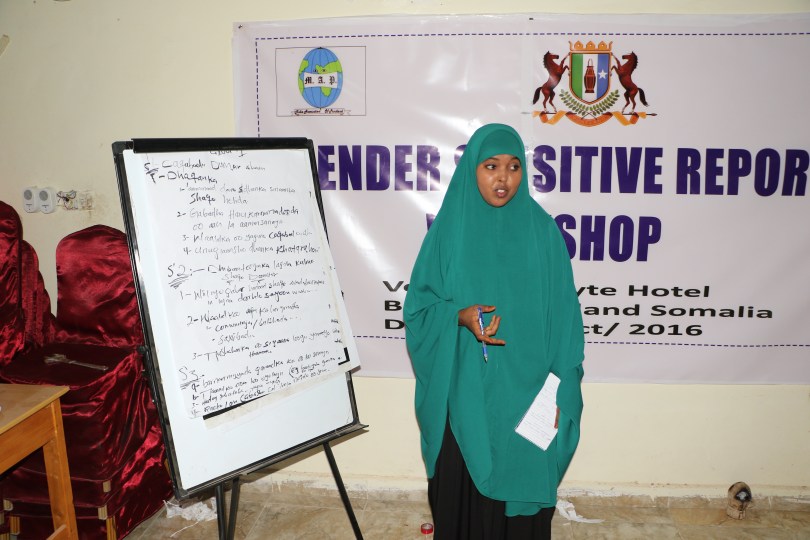 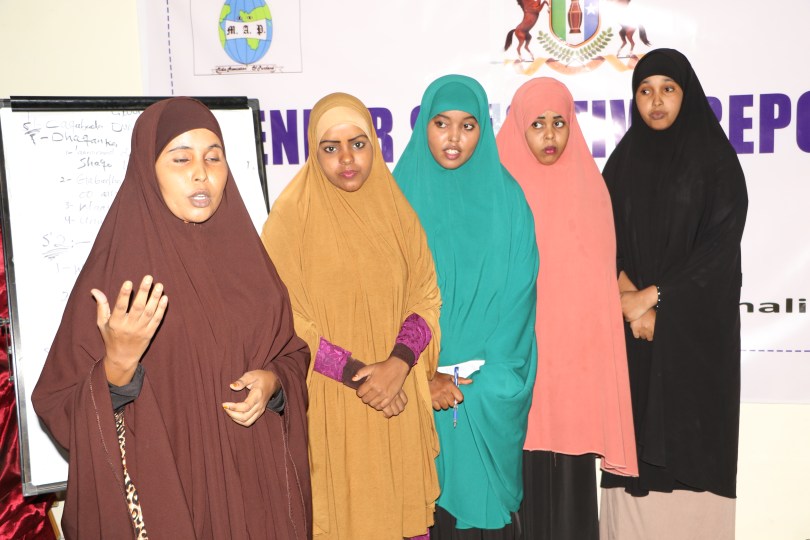 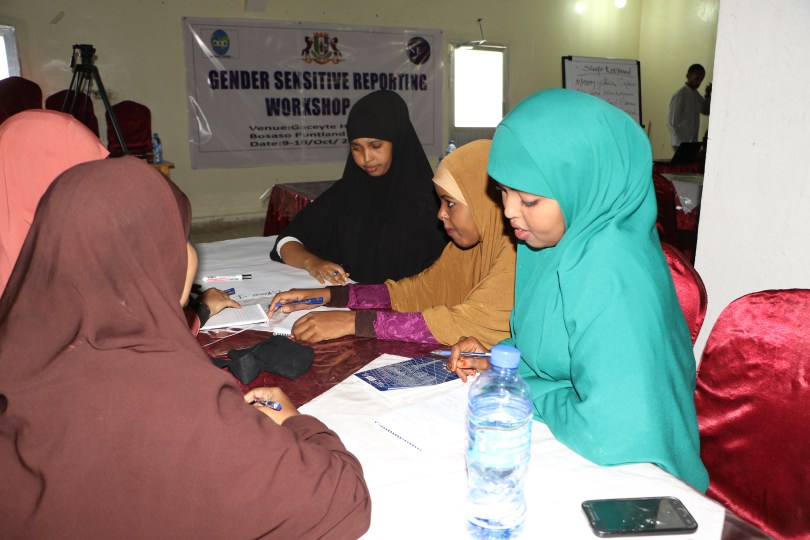 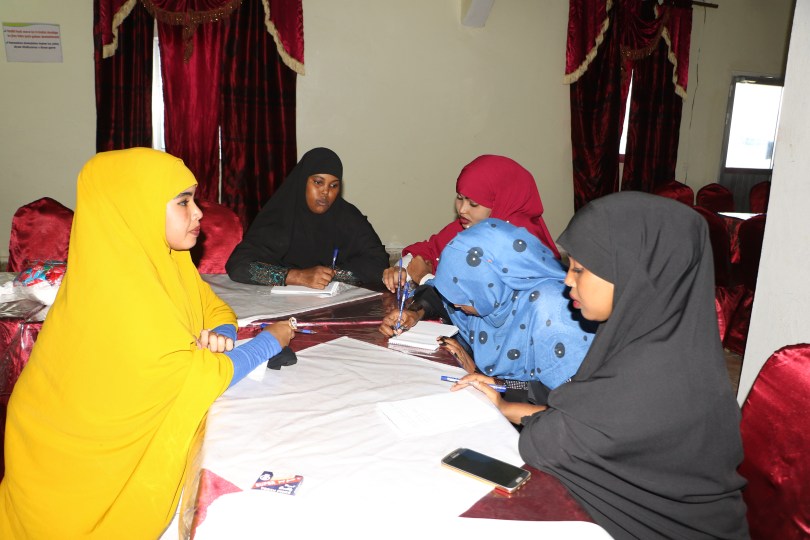 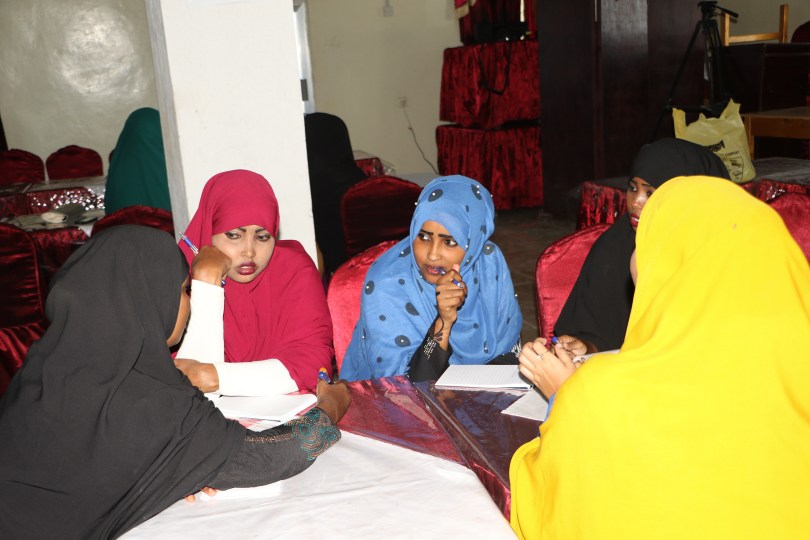 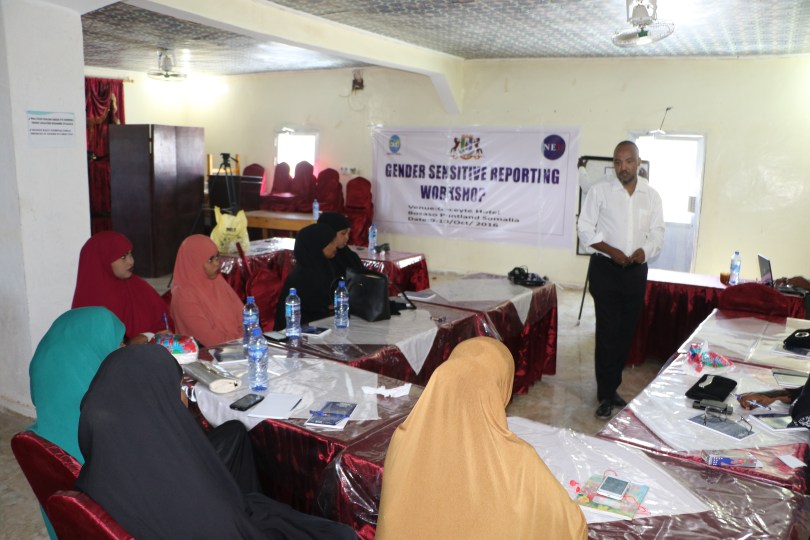