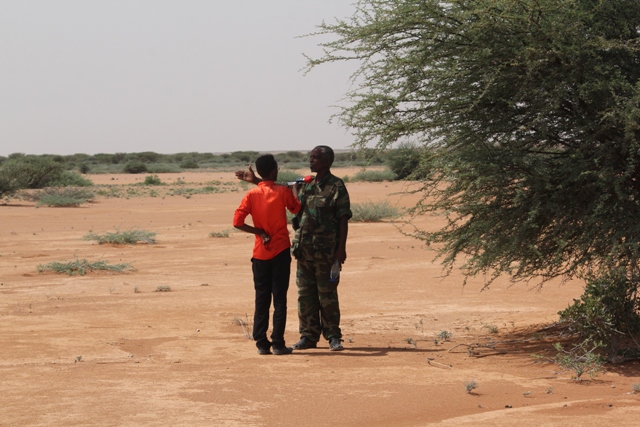 The program supported by Interpeace, has attracted journalists representing four media outlets in Puntland including Somsat TV, Radio Ergo, Radio Daljir and Horseed Media which was particularly focused on youth peace initiative for two communities who had been warring near Rako-Rako outskirts for the last 6 years.

Thanking PDRC’s Mavu Team and journalists who had been in to the field shortly after the field activity, Media Association of Puntland chairman Faisal Khalif said “This initiative of involving the media in field outreach activities is a great chance to shed light on community issues specially peace building process. It’s also a unique opportunity for reporters to gain access to locations and stories that would have otherwise been impossible to cover”.

“The cooperation between PDRC and MAP continues to enable socially-relevant news to be broadcaster on a national and global platform. We’ve received great feedback from communities on the journalist inclusion into our programs and this is a clear indication that we are on the right path of relaying challenges from remote areas to duty-bearers by means of such a productive cooperative relationship between both of our institutions”, stated Mr. Abdinasir Mohamed Yusuf, the Lead Researcher of MAVU”. 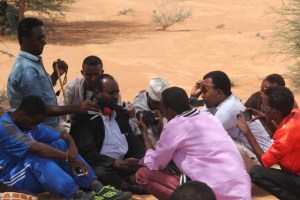 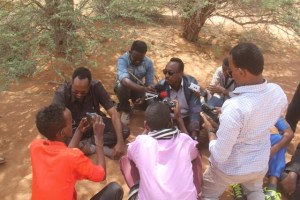 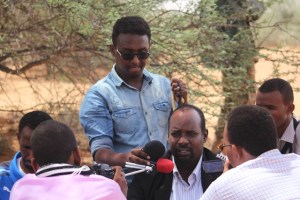 Below are links of various media sites who published articles on the Rako-Raho field activity.