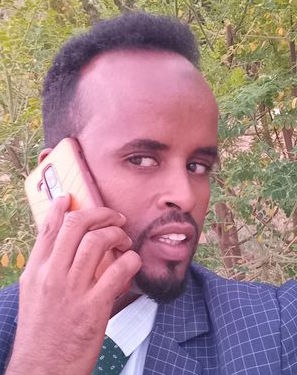 Garowe 16 January; The Media Association of Puntland (MAP) strongly condemns the continued VIOLATIONS being committed against journalist kilwe Farrah Adan by the Puntland Intelligence and Security Agency (PISA) and the state government.

PISA unlawfully arrested Kilwe on the 28th December 2020 while traveling from work heading to his home, and was driven to a secret location of which he was held incommunicado for 15days. During this period he was denied speaking to a lawyer, visit from his family, and MAP members. The only time kilwe was allowed to talk to his family was after when Kilwe went on a hunger strike for two-days that is when his mother was called to beg him to eat the meals.

“Holding kilwe incommunicado is completely illegal under international law and Puntland’s own laws, it also violates the journalists’ rights to Pre-trial detention period and a fair trial,” said Mohamed Dahir, the MAP chair. “Additionally, at no time does the Puntland constitution authorize the arresting and keeping journalist or even citizens in private premises, thus the action of PISA Was not only unlawful, but it shades a bogus image while sending a chilling effect to journalists and the practice to freedom of expression” 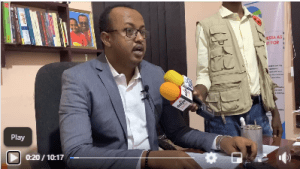 On Monday 11, with a military court order, kilwe was transferred from the incommunicado location to the Garowe central prison. According to kilwe, the court warrant cited 434/17, a clause used for culprits that commit murder or attempts to murder. MAP has already put in place a legal defense to represent Kilwe in any legal proceedings and calls for an immediate and just process.

‘’This is truly shocking, misleading, and indeed intimidating. how does a civilian be charged under a military court, it shows how blatant the Puntland authorities are willing to bend the law for their benefit, said MAP chair, Mohamed Dahir shortly after visiting Kilwe in prison on Tuesday 12th, adding the government must reverse back their unlawful steps and immediately release journalist kilwe’’. 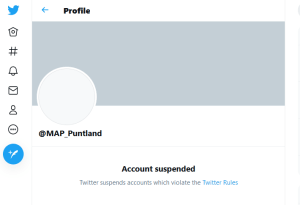 The Media Association of Puntland calls for the Puntland government to halt their anti-media operations including the attacks on social media. Recently Twitter suspended the association’s Page and remains unclear whether it is linked to ongoing Puntland authorities’ clampdown against the media reporting especially those critical of gov’t’s work.

MAP is preparing to sue the Puntland intelligence and security agency (PISA) for violating the rights of journalist Kilwe Farah during the 15-days incommunicado detention and any other physical and mental damages that may arise as a result.

TO DATE; Journalist Kilwe remains held in Garowe’s central prison with no charges brought against him.