Garowe, August 29, 2018: The Media Association of Puntland introduces MAPTalks – a live stage initiative that gathers efficacious women from all types of labor life-cycle including sectors of politics, business and career professionals of the Puntland Society to share their stories including the hurdles they faced while climbing-up the ladder to success.

While the Fourth Estate is a section of the society that exercises an indirect but significant influence on society and messages they transmit can change or sustain social values and polishes citizens to take informed decisions – the MAPTalks –  is designed to amplify the voices of Puntland women through live stage speeches, which earns a wide media coverage that keeps women issues alive.

The MAPTalks initiative is supported by the Free Press Unlimited (FPU), a component that falls under the project titled ‘’ Promoting Safety of Journalists and monitoring Professionalism, Media Ethics and gender awareness in Somali Media’’.

The first MAPTalks event was held in Garowe and focused on Puntland women in politics. 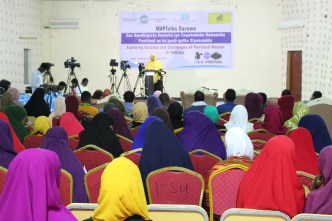 The MAPTalks – Garowe event themed ‘’exploring the successes and challenges of Puntland women in politics” was held on the 19th August 2018, at the Puntland State university conference in Garowe, the administrative capital of the Puntland State of Somalia.

The event selected 10-women-guest speakers, with backgrounds that included or have held political positions such as former and current cabinet Ministers, Members of Parliament, Ambassadors, meanwhile the other speakers were drawn from the private sector such as the Puntland Women Lawyers Association, Research professionals and writers.

The speeches given at the event were spectated by members of the media, Puntland State University Students of the Social Science faculty and members of the Public – around 100-persons attended the colorful event.

Speaking during the opening of the event, the MAP chair introduced ”MAPTalks” initiatives and it’s objectives to the gathering. He welcomed the guest speakers and thanked them for accepting MAP’s request to the event, he also thanked the chief guest of honors of the event namely the Puntland’s first lady and the Puntland Ministry of Women Development and Family affairs (MOWDAFA). 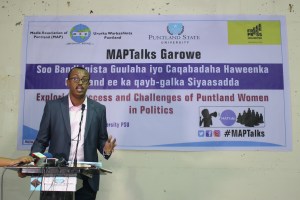 ‘‘the sole aim of the MAPTalks is to uplift the women’s voices while utilizing the mainstream media’s power and in turn advocate for an all inclusive society that embraces and promotes equal participation”, said chair Dahir

Dahir also informed participants that MAP since 2017 has given a high-priority in promoting gender-equity in and through the media through a gender study (2017) that assessed the gender landscape in the Puntland media, currently ongoing efforts in producing a Puntland Media Gender policy (2018) and the launching of ”MAPTalks” initiative that is planned to be held in Garowe, Bosaso and Galkaio.

Honourable Minister of Women Development and Family Affairs who officially opened the event, praised MAP in it’s efforts for the MAPTalks initiative and it’s designed purpose of amplifying women voices through the media. She urged female media practitioners to closely follow and report on issues related to women and translate to the public on challenges facing women at the workplace. 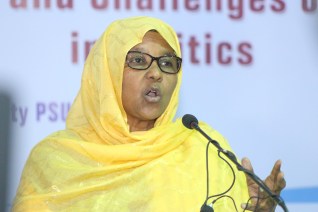 ”The Ministry of women will soon collaborate with PDRC, MAP and PUNSAA in an activity that promote equal participation at the upcoming election period’‘ Said Honourable Maryan

To bring out the voices of Puntland women in all compasses of life, MAP will continue to share their stories and perspectives through its ongoing  MAPTalks series. Scheduled to occur in the upcoming months are events that will explore achievements of women in business and women in the career professionals. These MAPTalks will be held in Bosaso and Galkaio respectively.

After the inaugural session of the event, Nasra Abdirizak who moderated called for the actual guest speakers one-by-one and were given an equal opportunity to share there story, hurdles they faced before making it as there ambitions in politics.  Follow this link to watch the entire event. 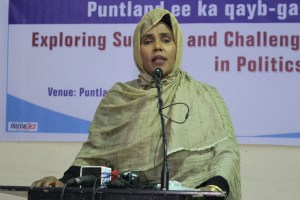 At the closing of the event the Puntland’s first lady Dr. Hodan Saed gave the closing speech of the event, she called for the Puntland Women to promote unity among-st them and create sense of solidarity for their voices to be strong and double-up their participation in politics.

Below are the photos and names of the event guest speakers: 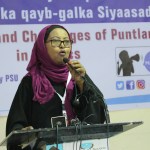 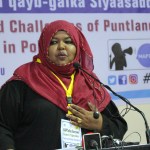 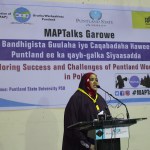 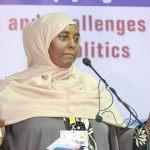 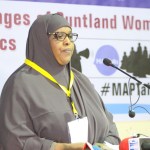 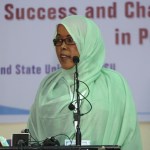 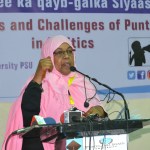 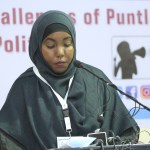 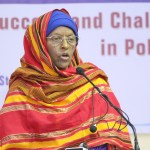 In close collaboration with the Puntland Ministry of Women Development and Family Affairs, our international and local partners – MAP pledges it’s participation and contribution towards empowerment of the Somali Women in and across all sectors of society in line with the 1995 Beijing Platform that emphasizes equality in decision-making as integral to the advancement of women’s rights and that women’s equal participation in decision-making isn’t just an issue of basic equity or democracy, yet in addition a pivotal condition for women’s interests to be considered. 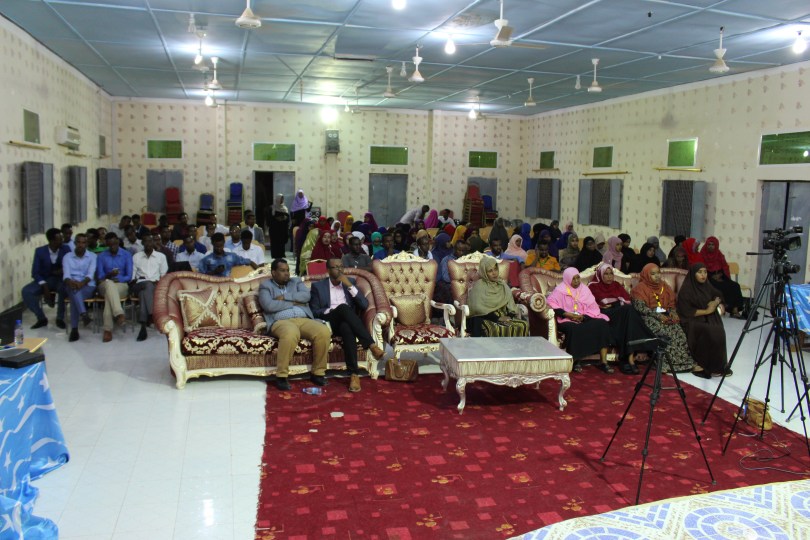 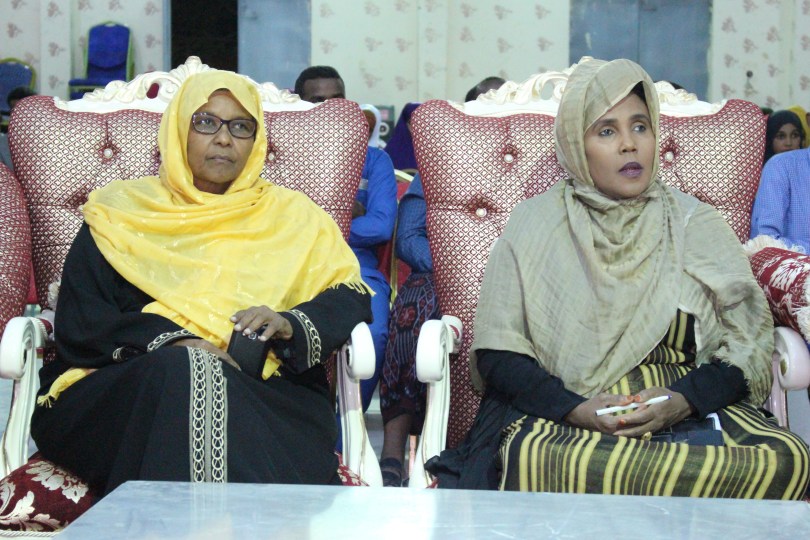 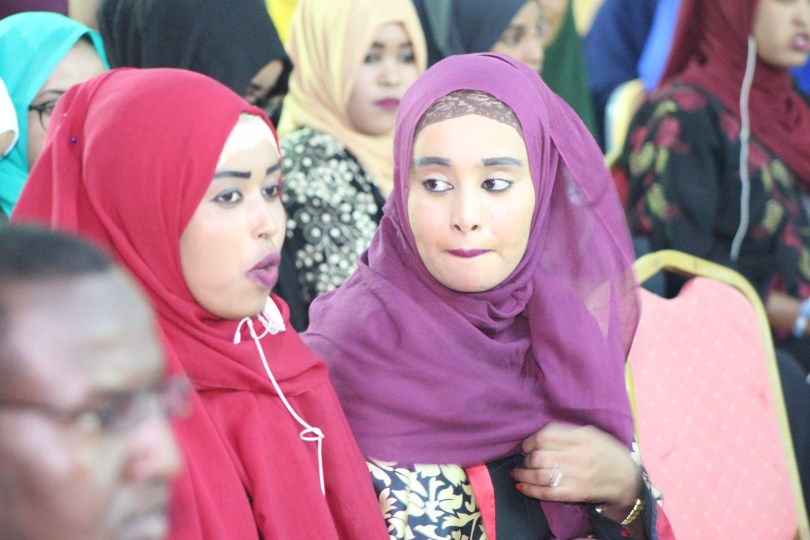 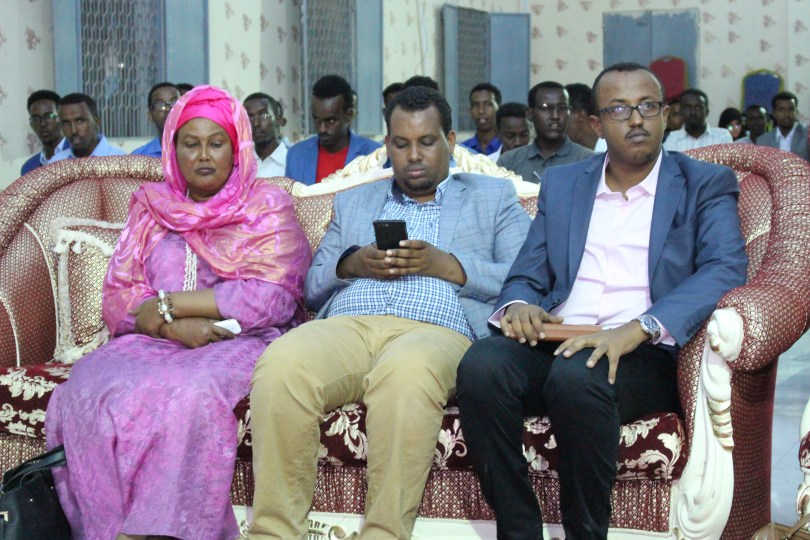 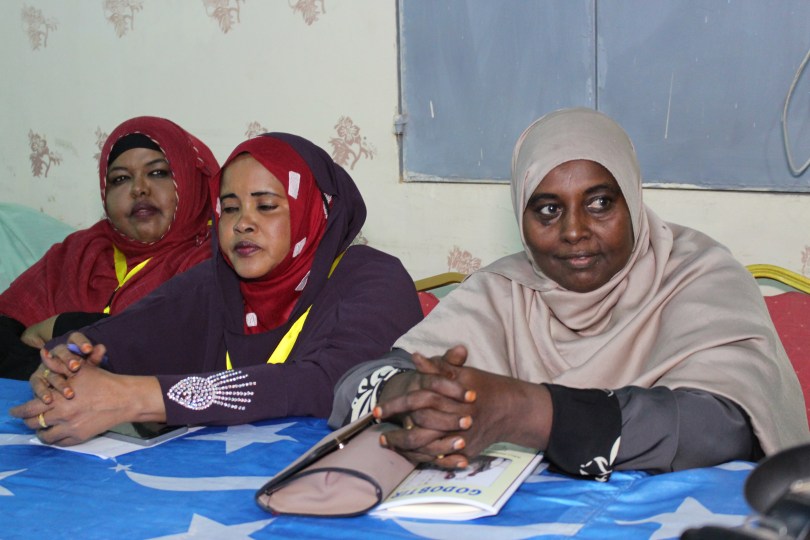